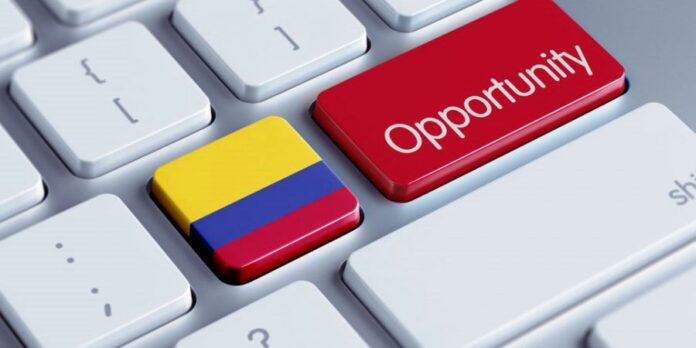 In this article, our expert Ingrid Alvarado (iGamingColombia.com) describes how, in this market, the Government, regulator Coljuegos and companies of the gaming sector have created together new betting options to continue getting resources in a context of strong decrease of operations.

The challenges generated by COVID-19 led markets and companies to reinvent themselves. This was precisely what Colombia did. In Latin America, some jurisdictions have only recently recognized the potential to regulate the gambling industry in its online vertical. Now, they try to speed up the process towards authorization. On the other hand, in Europe, some regulators established heavy restrictions on betting amounts and the advertising of this sector for their countries. Meanwhile, Colombia found a way to support the industry and continue to innovate in times of crisis.

COLJUEGOS’ POSITIVE ACTIONS
Pandemic prompted diversification of the portfolio of authorized products, both for online gambling operators and for traditional lotteries. The cancellation of all face-to-face sporting events demonstrated the error and great risk of basing 80% of the turnover on a single vertical (sports betting). Following the global trend, Colombian operators began to explore the Esports option. Added to this was the rapid response of the regulator Coljuegos, which, at the end of April, decided to authorize Live Casino games to “optimize the exploitation of the state monopoly of online games in circumstances of social isolation.”

The Colombian regulator has been open to dialogue and suggestions from different industry stakeholders. This time, it was no exception. The Live Casino regulation underwent a public consultation process, in which all interested parties were invited to submit their comments, including our company, iGaming Colombia (http://www.igamingcolombia.com/). Initially, Coljuegos proposed the authorization of a specific list of games: poker, blackjack, baccarat and roulette, which could be broadcasted from recording studios or casino tables located inside or outside the national territory. Following the comments, the Live Casino regulations eliminated the limited list of games and chose to state that games in this vertical must meet following criteria: i) their transmission is carried out in real time and ii) the result is determined by a hand or play made by a real dealer/croupier.

We believe that this change in the regulation was very positive. Thus, more games may be authorized (according to the first draft, dice games, the wheel of fortune and other card games normally offered in traditional casinos were excluded), which increases the funds that can be raised for concept of exploitation rights to finance the Colombian health system. In other words, industry and the State win at the same time. Additionally, a regulation that defines games not by a particular name, but based on their essential elements or characteristics, brings dynamism to the market. This is legislation that will adapt to the passage of time and to an industry as dynamic and innovative as that of online games, without the need of future modifications in the event that new games must be added, as long as they comply with basic characteristics.

SITUATION OF LOTTERIES
Although this was a relief measure for online gambling operators, which represent 13% of total sales of the gambling sector in Colombia, traditional lotteries also required particular measures. This type of game was seriously affected due to the cancellation of draws from mid-March to mid-May. Such was the crisis that, even after receiving authorization to resume draws, the Colombian Lotteries Federation (FEDELCO) decided not to move forward because its main marketing channel (85%) is on an itinerant basis, through ‘traditional loteros’ that are older people, in general. Of course, the isolation measures still prohibit the free movement of citizens of this age group, people at risk in this context of Coronavirus. Furthermore, FEDELCO indicated that marketing the lotteries only through electronic means could damage the financial stability of the sector. Then, the entity requested a reform to its regime, so that operations could be resumed with products that implied less financial efforts.

Attentive and sensitive to this group, Government admitted the need to adapt the operation of games of luck and chance to quarantine and social distancing measures. Consequently, in June, it created two new products that do not require the physical presence of bettors: immediate prize incentives operated by traditional lotteries, which regulation corresponds to the National Council of Games of Luck and Chance (CNJSA), and immediate prize games operated by Internet (which the decree also refers to as “instant lottery by Internet”), which will be regulated by Coljuegos. The Project that regulates online immediate prize games was recently submitted to public consultation. The draft introduces the category of ‘immediate prize games or Scratch’ and defines them as “a game in which the user is granted the possibility of scratching or revealing one or more opaque blocks, according to their choice, and that, following particular rules of the game may give the user a previously established prize.” (1) Now, it remains to know the final version, after the comments of the industry. Regarding immediate prize incentives operated by traditional lotteries, their regulation project has not yet been publicized, but this could be the opportunity that traditional lotteries have been asking for a long time: new products and more frequent draws that contribute to attract a new audience, especially the younger population. In parallel, it can be considered that this is the perfect time to digitizing the lottery segment and offer its new range of products through other marketing channels than the traditional ones.

In conclusion, the case of Colombia is commendable. Government and the regulator have responded in a fast and timely manner, under the premise that industry and the State have the same objective: to adopt measures that give the opportunity for traditional lotteries to diversify and modernize their products, and for online gaming operators, to offer games that were previously excluded.

(1) Prior to the start of the game, the opaque blocks are pre-filled by a random number generator (GNA), with numbers, figures or texts that will be revealed in the game, according to the player’s selection, and that represent different possible combinations.

*Ingrid Alvarado is partner at iGamingColombia, a consulting firm based in Colombia and Malta, specialized in assisting European iGaming operators and providers interested in expanding their activities in Latin America, particularly in Colombia.

Drew Pawlak (AGS), in an instructive, relaxed and fun interview for ‘G&M 1on1’