Esports will generate USD 1.38 billion in global revenue in 2022

A well-trusted source for games and Esports analytics and market research, Newzoo has released its 2022 Global Esports & Live Streaming Market Report, which projects that Esports will produce USD 1.38 billion in global revenue during this year, and USD 1.86 billion by 2025, a healthy CAGR of +13.4%. Southeast Asia, Central Southern Asia, and Latin America are the fastest-growing regions, with 2020-2025 CAGRs of +27.6%, +23.4%, and +19%, respectively. China remains the world’s largest market in terms of live-streaming audience. It will develop with a CAGR of +7.6% from 2020 to reach 267.5 million in 2025. 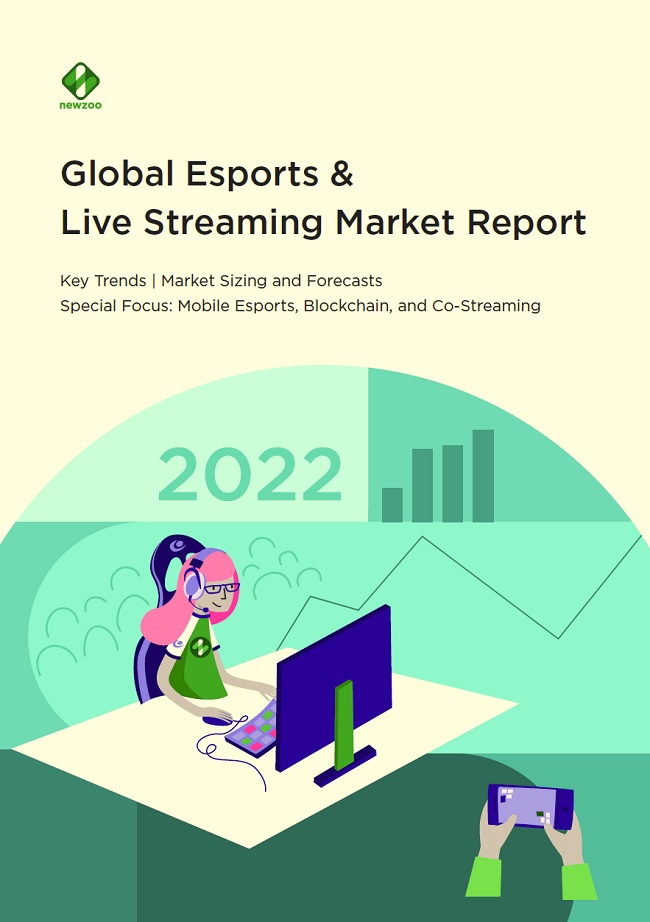 Digital and streaming are two key revenue segments for Esports, with 2020-2025 CAGRs of +27.2% and +24.8%, respectively. Increasing awareness around digital assets and NFTs will likely boost investment and fan interest in acquiring in-game items of Esports IP. Moreover, sponsorships are estimated to make up 60% of global Esports earnings, to the total amount of USD 837.3 million during 2022. Successful Esports organizations are diversifying their revenue streams. This diversification ensures that Esports revenues will continue to increase and makes the industry more resilient to changes in the sponsorship landscape. Direct-to-fan business models such as merchandising (physical or digital), loyalty programs, and educational programs are helping organizations diversify. 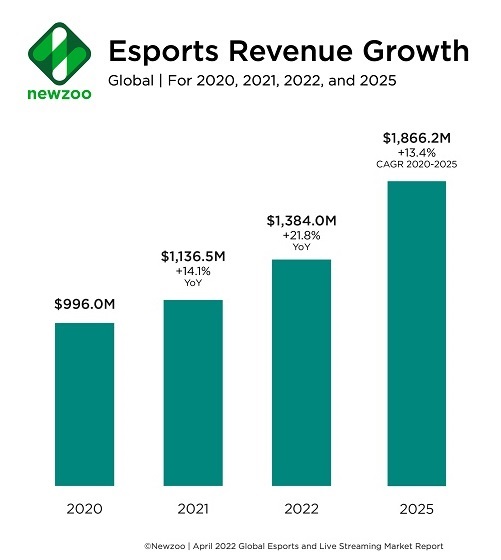 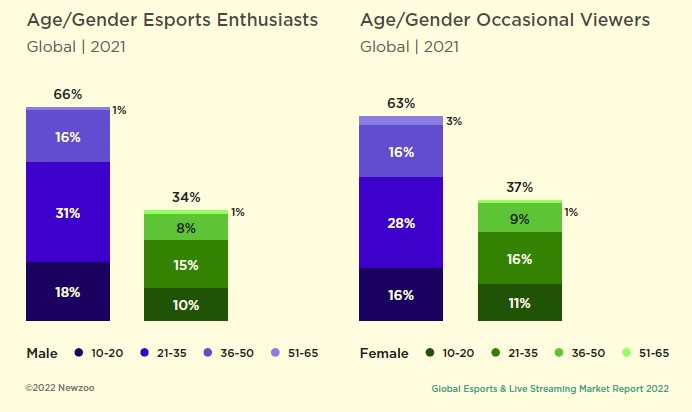 The games live-streaming audience will expand by 13.8% year on year to reach 921.2 million globally in 2022 (they were 810 million in 2021). The audience will cross the billion mark by 2023 and increase with a CAGR of 16.3% from 2020 to get 1.41 billion in 2025. The lingering effects of the COVID-19 pandemic in 2021 caused the audience to rise beyond initial expectations. Markets in Latin America, the Middle East and Northern Africa, and Southeast Asia will retain high growth rates throughout 2025, boosted by the escalating popularity of mobile titles on live-streaming platforms. About this, PC Esports titles dominate developed markets such as North America, Europe, China, South Korea, and Japan, while mobile Esports titles are more popular in emerging markets like Latin America, the Middle East and Africa, Southeast Asia, and India. 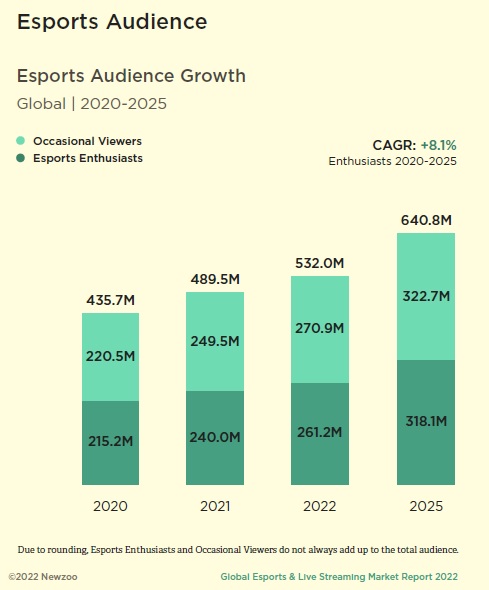