More than €23 billion (USD 27 billion) was spent on video games across Europe in 2020. The figure marks a 22% year-over-year increase, and is a significantly higher growth than 2019, which grew by 3% compared to the year prior. The data comes from a new report, Key Facts 2020. The year we played together, by the Interactive Software Federation of Europe (ISFE) and the European Games Developer Federation (EGDF). These entities released a collaborative study on the state of the games industry in Europe which showed huge advancement in a number of areas during a turbulent 2020. 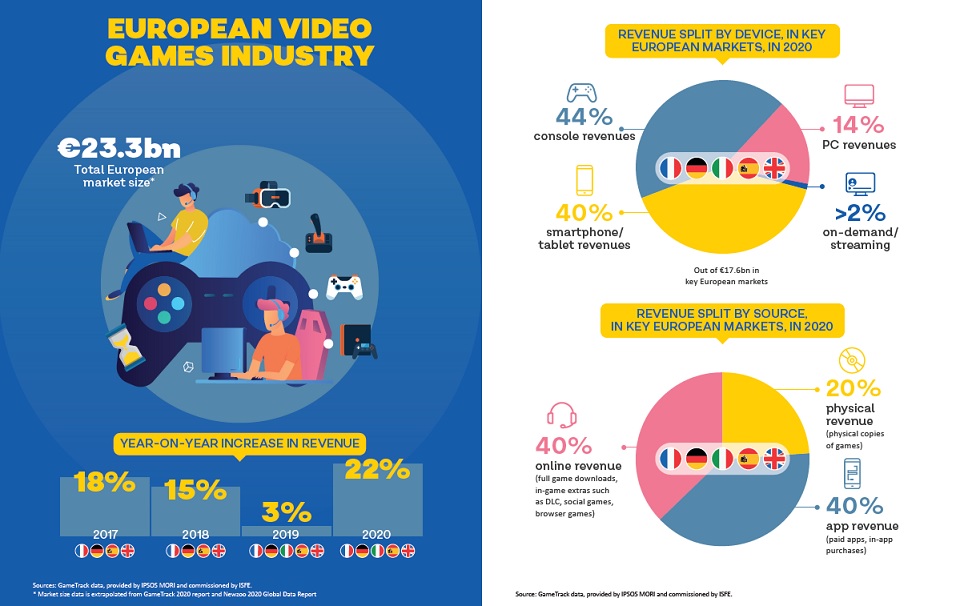 Of €23.3 billion spent, 44% was made up from console revenues, while smartphones accounted for 40%. A lower 14% came from PC revenues, and less than 2% was made up from on-demand/streaming. Despite the lower share, revenue generated from streaming services rose from €341 million (USD 401 million) in 2019 to €397 million (USD 467 million) in 2020, a 16.5% increase. Revenue split by source exhibited that 40% of revenue was produced through online downloads, and a further 40% from app revenue and in-app purchasing. The remaining 20% accounted for physical revenue, such as boxed games. 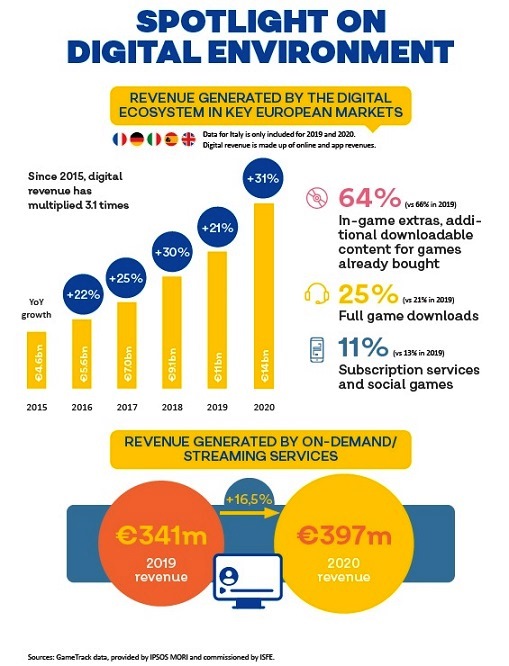 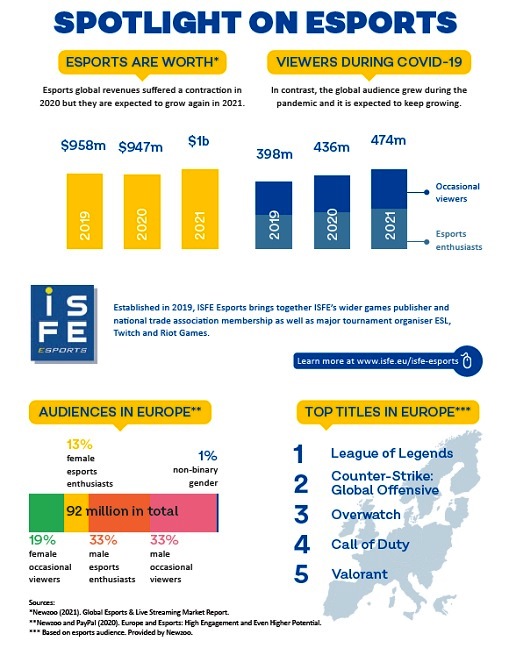 About consumers, more than 50% of Europeans aged 6-64 played video games in 2020. The average age of video game players in the EU is 31 years old, and the fastest growing age group is 45-64. Average weekly video game playtime augmented during lockdowns, but reverted to pre-pandemic averages when restrictions eased.

In terms of employment, the European games market included 86,953 people in 2019, compared to 77,916 the year prior. Of that amount, it is estimated that just 20% are women. By comparison, 47% of European video game players are women, a 2% increase on the 45% in 2019. To solve this gap, this year, the ISFE and EGDF established a Diversity Working Group with goals to improve gender equality in the European games market going forward. Partners include Women in Games, Raise The Game, Diversi, AEVI and Hier Spielt Vielfalt. 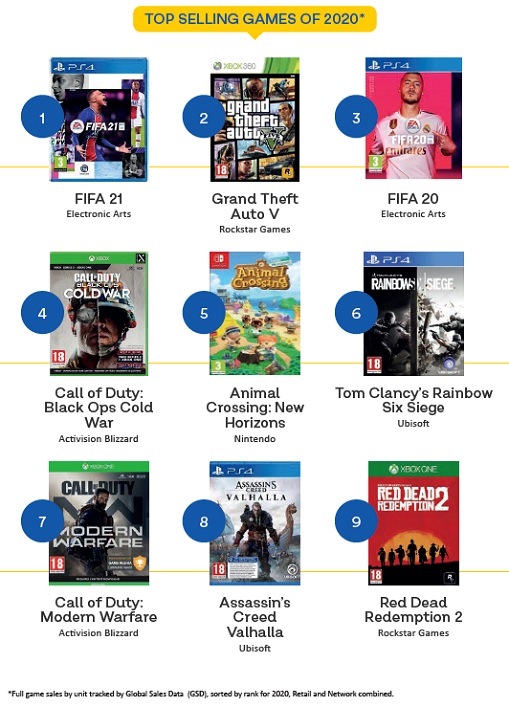 About the report, Olaf Coenen, Chairman, ISFE, commented:  “There’s no doubting the challenges we have all faced during the global pandemic, but our industry has been uniquely positioned to support society by connecting people whilst they were physically apart. We have provided vital points of social connection and interaction, as well as entertainment, distraction and much needed escapism. We have helped keep our players mentally and physically well, supported education initiatives, leveraged our reach to communicate public health messaging, and made financial contributions to relief funds. All the while, we have remained unfailing in our efforts to drive progress in diversity, support the global environmental agenda and maintain our commitment to responsible gameplay and child safety. In so many ways, we have been able to bring people together and highlight the depth to which video games can be a force for good.” 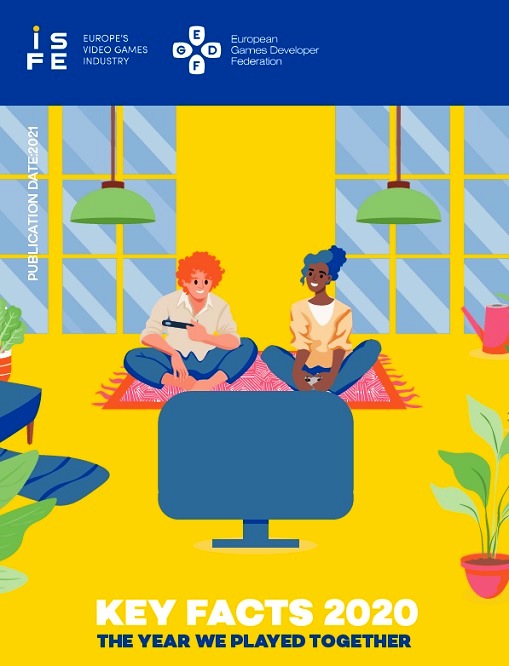 While Hendrik Lesser, President, EGDF, stated: “During 2020, the games industry went through one of the biggest transformations in its recent history. Onsite meetings, developer gatherings and conferences suddenly took a big shift towards remote work that brought completely new management and mental health difficulties. Especially, early-stage entrepreneurs faced new challenges that were endangering the future of their companies. Now, in 2021, I’m incredibly proud of what our industry as a whole has been able to overcome. We demonstrated that, despite these difficulties, we are not only among the most pandemic-resistant sectors in our society, but even managed to thrive greatly. We are now well-positioned to be a driving force in Europe’s economic recovery.”