According to its in-deep research State of Mobile 2022, company App Annie shared info that confirmed the increase of mobile usage (including mobile gaming) in people from all geographies and demographics during the last year. Gaming represents the majority of consumer spending on mobile (USD 116 billion, a 68.24%), with total spending reported as USD 170 billion across all apps last year. 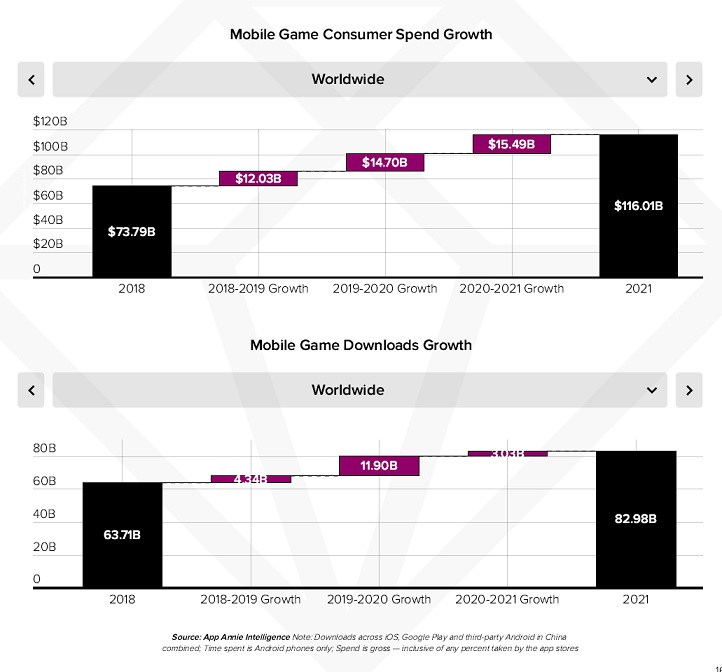 In regards to games, Roblox, Genshin Impact, and Coin Master were the highest grossing titles in consumer spending for 2021. Additionally, the genres of strategy, MMORPG, and RPGs were the highest earning ones. The report also provided some demographic insight into mobile audiences. In the U.S., France, and Japan, female consumers are more likely to play match titles such as Candy Crush Saga, whereas their male identifying counterparts generally play more strategy games like Clash Royale in the U.S.

Consumer spending is still outpaced by the money generated by advertising, with total spend in this unit at USD 295 billion across all apps. That’s a 23% increase year-on-year, showing growth despite Apple’s changes to privacy and IDFA tracking. Advertising spend is estimated to pass USD 350 billion in 2022.

Besides, consumers migrated more of their entertainment and games consumption onto mobile. In 2021, there were over 230 apps and games exceeding USD 100 million in annual consumer spend, with 13 of them surpassing USD 1 billion. This was up 20% from 2020, which had 193 apps and games over USD 100M in annual spend, and only 8 over USD 1 billion. Improved connectivity, screen size and hardware have made it easier than ever before to enjoy premium applications & gaming experiences on-the-go. 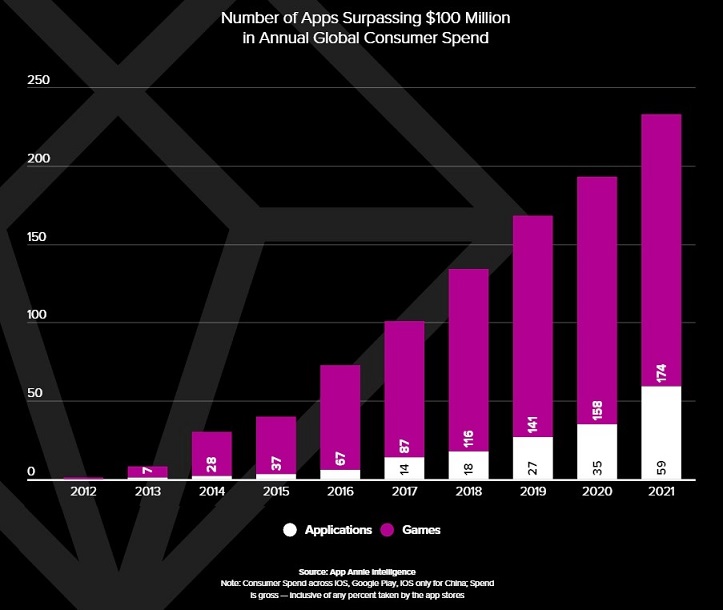