Metaverse mobile games to grow to over USD 3.1 billion in 2022

An App Annie report shows how annual consumer spending will grow in the next year, due to play-to-earn models combined with metaverses. In this sense, the gaming industry is quickly evolving, with player strengthening at the heart of the next wave of innovation.
November 25, 2021
Facebook Twitter LinkedIn WhatsApp
Facebook Twitter LinkedIn WhatsApp

Games have become something of an extension of our world: a key destination for social gatherings and a means to celebrate life events. Populated by digital avatars as an expression of the self, game worlds empower communities to host a wealth of social, human experiences that are unattainable via other media. The advance of online virtual worlds -and the activities within them- has resulted in waves of attention and investment around what is commonly referred to as ‘the metaverse.’

The metaverse trend, rapidly accelerated by COVID-19, is powerful enough to persist beyond the pandemic. In that sense, according to the report ‘2022: A World Transformed’ from analytics and market data company App Annie, metaverse mobile games are poised to see over USD 3.1 billion in annual consumer spending in 2022. World-building functionalities that allow users to interact in real-time through their virtual avatars will attract audiences and capture share of wallet, the study says. 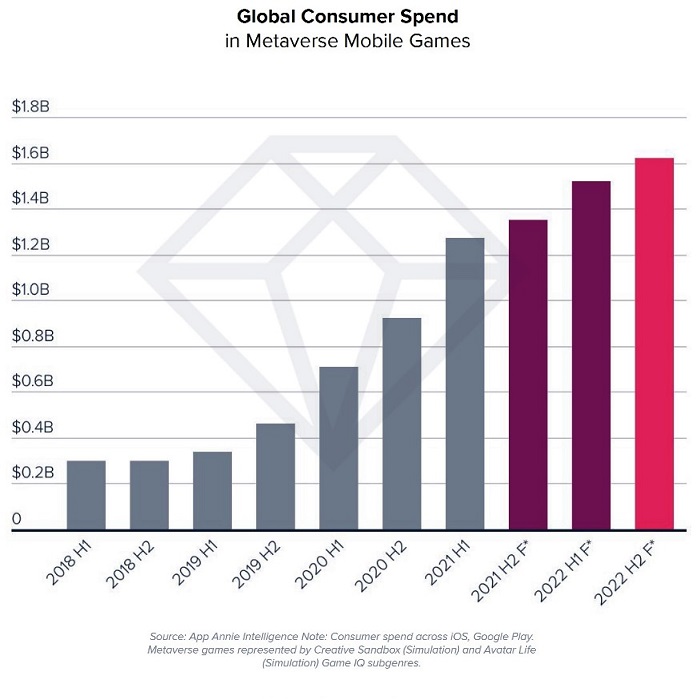 Smartphones give users the ability to participate in a metaverse from their fingertips, cementing mobile’s role as a linchpin form factor for this sector of gaming. Popular metaverse games like Roblox and Minecraft top the download and customer spending charts in their categories across both the App Store and Google Play globally in 2021 to date.

The report also predicts that play-to-earn models (games that allow players to monetize in an open economy), combined with metaverses which emphasize players’ self-expression, will be the biggest drivers of mobile gaming innovation in the next year.

About mobile gaming expansion, research firm Newzoo forecasted that segment to generate USD 90.7 billion in consumer spending in 2021, growing 4.4% from a year ago. This is more than half of the global games market (USD 175.8 billion in 2021, and USD 218.7 billion in 2024, according to Newzoo), as the sector has been less impacted by COVID-19 than PC and console gaming.

Due to Asia-Pacific’s appetite for mobile games, as well as its accessibility and ubiquity in all markets, 2.8 billion of the world’s 3.0 billion gamers this year will play on a mobile device. This is compared to 1.4 billion on PC and 900 million on console. These numbers have plenty of crossover, as more consumers than ever before play across multiple devices. In 2015, the player number sat at just over 2.0 billion. By 2024, that will become 3.3 billion. 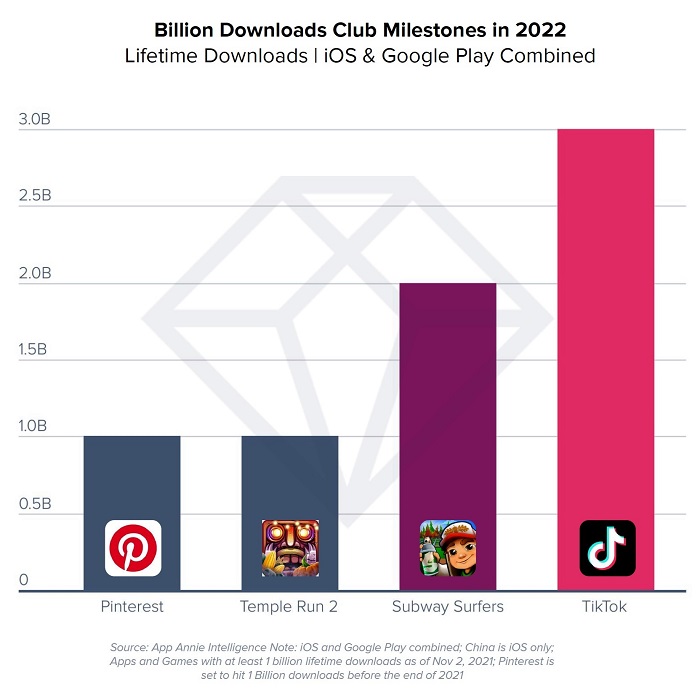 In relation to apps, App Annie also anticipated that ‘billion downloads club’ set to enlarge from 20 apps to 22 apps in 2022. Temple Run 2 is expected to join Candy Crush Saga and Subway Surfers as the only games to reach more than 1 billion lifetime installs. It seems that 2022 will be a year when social apps such as TikTok, Discord, and Twitch are expected to grow aggressively. Following the report, social apps are forecasted to grow to a USD 9 billion market in mobile in 2022, up 82% as compared to 2020. Entertainment and finance apps are also expected to see rapid growth thanks to Gen Z’s increasing adoption and surge in in-app subscriptions.