SiGMA Balkans/CIS in Serbia, an unmissable event for the gaming sector

For this inaugural conference in the Balkans, the SiGMA Group has prepared an agenda bursting with activities to keep delegates rushing for stage to networking event to closing parties. The whole show will include SiGMA, AIBC, and AGS, all in one place, Belexpocentar, Belgrade (Serbia), on August 22-25th. Here’s a list of wonderful business and networking possibilities to take advantage of during those frantic days.
August 19, 2022
Facebook Twitter LinkedIn WhatsApp
Facebook Twitter LinkedIn WhatsApp

Over the next week, the SiGMA Group will host another magnificent global gathering for the gambling industry: SiGMA Balkans/CIS in Belgrade, Serbia. The show comprises SiGMA, the Affiliate Grand Slam and the AIBC Summit. Spanning the entire meeting, the conference will feature inspiring keynotes, insightful panels and educational workshops with the intent of empowering the global iGaming industry and bringing delegates closer to the edge of this exciting ecosystem. With six different agendas covering iGaming, regulation, marketing, affiliation, Esports and Deep Tech, attendees will gain insight from some of the leading pioneers and innovators in the space.

Besides, hundreds of companies will be exhibiting their most innovative products, solutions and services for the sector. Most relevant ones will be Alea (booth P1), Digitain (G2), EvenBet Gaming (B30), Pin-Up Partners (P4), Skilrock Technologies (BR58), and VBET (S4), among others.

The SiGMA pre-registration procedure is intended to control the influx of attendees prior to the exhibition on August 23rd. On August 22nd, delegates are encouraged to participate in this pre-summit mixer at the Buzz Bar in Holiday Inn, Belgrade. Everyone attending this networking event is welcome to the free drinks reception which will act as a great opportunity to relax, mingle and chat with one another.

Delegates who want to pick up their badges ahead of time and skip the line can do so at registration desks that will also be open. SiGMA advises all visitors to plan early and pick up their lanyards during this pre-registration period to avoid the morning lineups. To get a badge that acts as a pass for the summit, present a copy of your ticket or phone confirmation. Additionally, these badges can be purchased from the Enercare Center’s expo registration counter at any moment throughout the summit. Simply sign up here and bring in your confirmation email on August 22nd.

In order to encourage delegate networking, a number of upscale dinners will be held throughout the event’s nights. These meals offer a great chance to network and establish relationships in a relaxed environment where attendees can create synergies. Only invites and RSVPs are accepted as proof of attendance, and the guest list is strictly restricted to owners of Premium and Platinum tickets.

FUND YOUR FUTURE WITH START-UP PITCH

Start-Up Pitches, which are presented at both the SiGMA and AIBC Summits, bring together the greatest showmanship in the business with the top visionaries of the iGaming and Deep Tech sectors. The Pitch, combing spectacle with acceleration, gives 100 carefully chosen businesses a designated booth at the Start-Up Village, a tangible ecosystem of entrepreneurs who have access to the many investors and C-Suite executives attending the Summit. The 100 are evaluated based on a variety of different factors after having been given the time and room to polish their elevator presentations and unique selling propositions. The Pitch proper then goes into high gear.

The best 10 initiatives from the village will be chosen to present their start-up to a panel of eminent venture capitalists, business titans, technologists, and angel investors. One will be departing the Pitch with the ultimate prize of up to USD 500,000 in equity investment. Beyond this, victors may also be eligible to win extra benefits, including consulting opportunities, office space, access to recruitment services, a successful marketing campaign, and a ton of networking chances.

BATTLE OF THE BALKANS: THE MMA FIGHT

For their debut event outside of Malta, Centurion FC is going all out with an explosive fight card on the schedule. The LEO Rudit competition, which will take place on August 24th, promises to attract the top MMA fighters to Belgrade. From the spectacle of the combatants being led to the cage by Roman Centurion Soldiers to their passion, emotion, and sheer strength in the ring, Centurion FC seeks to completely display this magnificent sport during the SiGMA Event.

Delegates will have the chance to enjoy the event from Executive tables, located close to the fight cage. Some fortunate ones will be able to have their photo taken inside the cage. Expect huge names like Jovan Marjanovic, a local MMA legend who will defend his 6-2 record, Vlastislav “El Chapo” Cepo, a name that all Balkan MMA fans will remember, and Nikolay Grozdey, an up-and-coming fighter who is guaranteed to soon be in the top 10 in Europe, to compete on this night. A side initiative by Centurion FC is to recruit aspiring warriors into their own Legion. They have already signed six boxers, and they are looking for more across Europe.

SiGMA will be introducing the competitive, billion-dollar Esports industry to another one of its destinations during the CIS event. The competition will occur throughout the course of the two-day expo in Belgrade. Expect a frenetic atmosphere lit up by lasers and LCD screens at the Esports Arena, where several well-known guest players are set to make an appearance. Players will rule the stage as they engage in a titanic contest of skill and luck.

In a dramatic round robin best-of-1 scenario, four teams playing Counter-Strike:GO will compete against one another: Hellraisers, LVLup, Team Serbia and High MMR. The team with the most points will play the team that finished fourth after each team has played each other, while the team in second place will play the team in third in a knockout bracket. This will lead to two best-of-3 semifinal matches and a thrilling grand finale.

On August 24th, in the center of Serbia’s capital, The Hype Club will greet visitors for a closing night like no other. The venue picked for this special evening boasts Belgrade’s first luxury and high-class club with a stunning design. Club Hype is housed in a structure that symbolizes a meeting of famous, popular, and artistic individuals in Savamala, the busiest nightlife district in Belgrade. A lavish star-studded event like this cannot be missed because of the beautiful vistas of the riverfront and bridges.

The Closing Night event will deliver top-notch entertainment to the thriving tech and gaming district of Belgrade. To wrap up the conference in style, DJ JJoy and DJ Uppeke will keep the dance floor packed by performing late into the night, as SiGMA Group enjoys the success of its first major event staged in the Balkans.

CELEBRATE WITH THE STARS: THE AWARDS NIGHT

Debuting on August 22nd, the star-studded Awards Night will be the first of its kind for SiGMA in the Balkans. The event will celebrate the best and brightest of an ever-exciting, ever-growing and ever-innovative industry that spans all four corners of the globe. Taking place at the Belexpocentar itself, the Awards ceremony will highlight the pillars of the industry, from game providers to affiliate trackers to Esports leaders. Giving these titans of the industry their time in the limelight, all joining delegates will be able to enjoy a lavish night like no other with plenty of potential brand awareness hotspots for clever sponsors.

Following this ceremony amongst the stars, the evening will then move towards much-lauded Charity Auction. This live auction will include both physical art pieces as well as NFT collectables, embracing SiGMA’s pro-innovation approach with all proceeds going towards the SiGMA Foundation. The Foundation has supported efforts in the Developing World ever since its inception, building schools in Ethiopia and empowering the push for renewable energy in the Philippines. 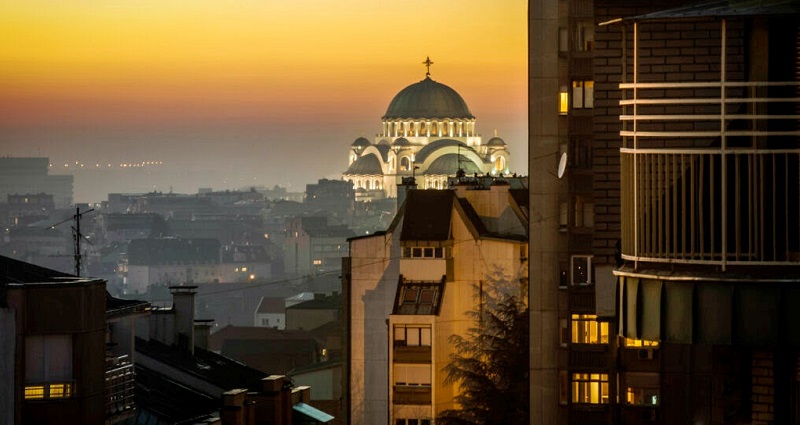 INDULGE IN BELGRADE: THE CULTURAL TOUR

Starting at 10am and concluding by the early afternoon on August 22nd, the Cultural Tour takes executives on a journey from Belgrade’s ancient past to its charming present and beyond into its exciting future. A hub of heritage and nexus of a forward-thinking and innovative people, the tour guides its delegates along the city’s Medieval sights and Modern pleasures. From world-class restaurants to coffee on Belgrade’s panorama along the Danube and Sava rivers, you can join us for the perfect introduction to the Balkan’s biggest metropolis.