PlayStation (Sony Group Corporation) has revealed its strategy to increase its share of the console games market. The firm believes PS5 will exceed the performance of the hugely successful PS4 due to continued loyalty to the PlayStation brand, a growing audience of female gamers, and expansion outside of North America, Europe and Japan.

After emphasizing the growth PlayStation saw during 2020, including the record-breaking 7.8 million units’ shipments of PS5 in its first year, the company expressed its hopes of achieving over 50% market share in console games revenue with PS5. Quoting IDG figures, PlayStation expects the overall console games market to grow to US$88 billion in 2025.

During the presentation, the firm revealed that its gamers were older on PS4 and PS5 than on the original PS1, which shows that its audience has stuck with it over the generations. One of the more interesting statistics is that 41% of PS5 owners are women, compared with just 18% on PS1. Another interesting indicator was that, in the year 2000, just 1% of its revenue came from outside of the U.S., Japan and the whole North America, with that number rising to 5% (2010), and 10% (2020). In that sense, PlayStation views markets like South America, Africa, India, China, Eastern Europe and Russia as key growth opportunities.

Regarding commercial units, while there was no mention of the digital version of the PS5 console, the hardware part of PlayStation’s business has become less important over time. In the 2013 financial year, 48% of PlayStation’s revenue came from consoles (compared with 52% for software, services and peripherals), whereas in the latest financial year, that number sits at just 20%, with 80% of revenue coming from software, services and add-on products.

IMPRESSIVE INDICATORS FOR THE FUTURE

Looking ahead, Sony says that it expects its next financial year to be the biggest ‘year two’ it’s ever had for a console, exceeding the 14.8 million sales achieved by PS4 in its second year. For its 2022 financial year, the aim is to have the biggest sales year for a PlayStation console ever. The current record is from its 1998 financial year, when it sold 22.6 million PS1 consoles.

In terms of engagement, PS5 has got off to a strong start. Sony shared PS5 had 8.6 million monthly active users in March 2021 v 7.1 million for PS4. The reason the PS5 active user number is higher than the install base figure is due to the possibility of having multiple unique PS5 accounts on a single device. Overall, games spend on PS5 has increased by 15% between November 2020 and March 2021, compared with the same period on PS4, when that launched back in 2013. Sales of full games have dropped 15%, but add-on sales have increased by 231%. A key difference between the two PS5 and PS4 launch periods are the number of games that can be accessed via the firm’s PlayStation Plus and PlayStation Now subscription services.

About PS4, the firm explained that, in its next financial year, it still expects PS4 to represent 70% of its PlayStation Store revenue (v 95% in FY2020). A big part of that will be in terms of free-to-play games. In its 2016 financial year, 5% of its PlayStation Store revenue came from free-to-play titles, while in FY2020, that now sits at over 25%, driven by the launch of Fortnite, Call of Duty: Warzone, Apex Legends, Rocket League and Genshin Impact. In that sense, Sony underlined that 48 million people are subscribed to PlayStation Plus (the vast majority on PS4). 40% of people who subscribe are doing so for online multiplayer, 30% to receive monthly free games, 18% for game discounts and offers, and 12% for cloud storage of game saves.

One of the big conversations in games right now is what happens post-pandemic. Over the past 18 months, video game sales and engagement have increased exponentially for publishers and developers in the business. This has included new customers coming into the console ecosystem for the first time, and lapsed players returning. As vaccines get rolled out and the world opens up, it is inevitable there will be some decline in the time spent on gaming, but it’s not clear by just how much. According to Sony’s calculation, as vaccines have begun rolling out and COVID-19 cases have dropped in North America, the decline in weekly active users has been just 3.3%.

Going beyond console is a key opportunity for PlayStation. In fact, Sony wants to transform its ‘current console-centric ecosystem’ into a future where large elements of its community extend ‘beyond the console.’ Cloud gaming may be one such opportunity. The company’s PlayStation Now subscription platform currently boasts 3.2 million users. PlayStation Now is both a download and streaming platform, and in October 2019 the service was improved with new games, a price reduction and other quality of life improvements. This saw the service become predominantly used for downloading, with streaming playtime dropping to just over 20%. However, things have grown since, with that number increasing to 40% in March 2021. PlayStation expects its cloud service to continue advancing as it adds more games, improves the technology and develops new user acquisition strategies, such as its US$1 for one month promotion. The final growth area for PlayStation is with VR. The company reiterated the technical enhancements it is making with its next VR headset, hoping this segment to boost over the next five years.

In terms of first-party games, Sony reiterates its plans to expand its studios operation through strategic partnerships, internal expansion and acquisitions. In the presentation, the firm highlighted its recent partnerships with Jade Raymond’s Haven team and multiplayer developer Firewalk Studios. About PC games, Sony assured that Horizon: Zero Dawn’s launch delivered a return-on-investment over more than 250%. The company has more PC releases planned, including the recent launch of Days Gone and Uncharted 4. Meanwhile, smartphones are another area targeted by the PlayStation Studios portfolio. 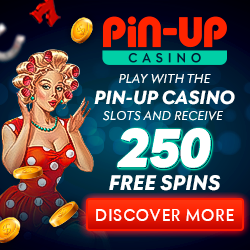