Tribal vs. commercial casinos in the U.S.

Our expert Solsiree McGowan, Director of Product Compliance at Scientific Games, establishes a point-by-point analysis of the characteristics of tribal gaming and its differences with commercial casinos. Of course, both constitute key business for the United States’ economy that contributes to the community, and is in clear recovery after the pandemic. This is a must-read article.
November 11, 2021
Facebook Twitter LinkedIn WhatsApp
Facebook Twitter LinkedIn WhatsApp 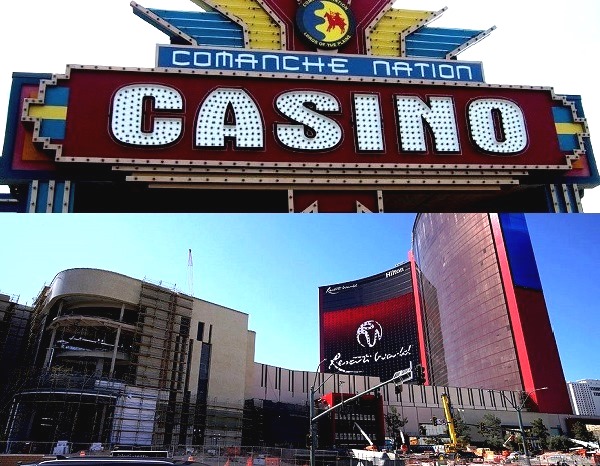 It’s somehow easy for many of us, who have been dealing with the different types of regulatory markets, to identify the type of authority who oversees and enforces gaming regulations within a jurisdiction. However, for individuals that don’t really understand the core differences between a commercial casino and a casino that is located on tribal lands, it may be a bit more complicated. There are certainly several differences between the two, mostly when it comes to the specifics of the games and the functionalities allowed, that have an impact on the gaming options offered to the player across the country.

Tribal casinos are always located on reservation land that is the main requirement to qualify under the designation of a Tribal Casino. The land often belonged to the tribe for generations. In some instances, Native Americans put the land into a trust and asked for the U.S. Department of Interior to declare the land sovereign to a tribe. Tribal government gaming is regulated by a combination of federal, state, and tribal authorities, depending on the type of gaming conducted. This regulatory scheme is outlined in a federal law known as the Indian Gaming Regulatory Act (IGRA), 25 U.S.C §2701 et seq.

Commercial casinos are found in places specifically approved by the state legislature or voters. In many states, this means on a boat on or near a body of water, also known as Riverboats. Some jurisdictions permit casinos only in tourist areas. This may include historical mountain communities or beaches. Others only permit gambling at racetracks or assign one license to a specific geographical area. It all ultimately depends on the gambling laws for the state.

A Commercial casino is usually licensed to offer a variety of games, including slots, video poker and table games. These games are commonly called Class III, or Vegas-style, variety. These casinos are regulated by the state in which they are located by the local Gaming Commission and the slot games must determine results by randomly spinning virtual or physical wheels. Operators such as El Dorado, Boyd Gaming and MGM have properties that operate in multiple states under different gaming regulations.

On the other hand, Tribal gaming casinos are built on sovereign land to be regulated and operated by a Native American tribe. Since there are specific rules based on IGRA, the games that are offered may fall into two categories, and there are times when both can be offered:

a) Class II Gaming: is based on the game of bingo and utilizes devices that aid in the playing of bingo. Technically and visually speaking, many bingo terminals look very much like a slot machine. However, the players will clearly see that they have a bingo card displayed on it and the wins and losses of the games are still governed by the rules of bingo. One of the requirements for these player terminals is to disclose the fact that the reels and symbols on them are for “entertainment purposes only”, and these will not affect the outcome of the game. The outcome of these games will always be based on the bingo card numbers and patterns. Recognized tribes generally can establish Class II gaming on their land if the state allows gaming. Class II gaming may also include other games, such as pull tabs and non-banked card games, which are games which players play against each other instead of against the house.

b) Class III Gaming: are the same Vegas-style games approved for commercial casinos, but under a different type of scrutiny. This is based on the requirements that the state and the tribe have agreed on following a gaming compact approving such games on their land. That compact must be approved by the federal government. Sometimes, these compacts could even omit certain games. For instance, tribes in Florida and Minnesota cannot have certain table games as their compact does not allow for them as of today.

Another important difference between a commercial casino and a tribal gaming facility is that commercial casinos tend to report their payback percentages, whereas, if the compact does not require it, tribal gaming facilities generally do not have to report those statistics. Mohegan Sun and Foxwoods in Connecticut, for example, are required by their compact to report their overall payback information, making it the only state with this requirement for tribal operators.

Operation and Other Offerings

In commercial casino markets, there are specific rules to follow. Hours of operation and beverage serving rules must be followed as part of the compacts, and certain limitations will apply to the operation in general. As we know, most casinos are open 24 hours a day, but, in special cases, like what happen during the COVID-19 pandemic, some commercial casinos had to follow laws from local and state governments about non-essential business shutdowns, where the tribal gaming facilities, being on sovereign land, did not. That doesn’t mean the tribal facilities didn’t follow the lead of state governments, but they at least had the ability to decide when they were going to close/open and what restrictions to follow.

Tribal casinos keep on gaining momentum across the states and their gaming revenue is steadily climbing upwards. According to some of the statistics shared in the past few years, Indian gaming revenues increased by 4.1% to reach USD 33.7 billion in 2018. In 2019, the revenue was USD 34.6 billion (+2.5%). Due to COVID-19, numbers of 2020 showed a 19.5% downfall to USD 27.8 billion. For FY2021, a significant recovery is expected compared to the previous year. This trend is projected to continue, which practically shows that tribal gambling is somehow bigger than Las Vegas’ gambling industry. With the similarities today between the tribal nations’ casino establishments to the glamorous commercial casinos, is not surprising that players are going more frequently.

Tribal Casinos do not Pay Taxes

Even though hard to believe for most operators around the world, tribal casinos in the United States can provide their services without paying taxes to the government when there are not Tribal-State Compacts in place. Nevertheless, tribal casinos are good for the economy in yet many other ways, as these gambling establishments ensure a lot of job opportunities to the residents of the areas in which they are located.

Under IGRA, tribal casinos are obliged to support tribal economic development with their profits by investing these funds in improving schools, roads, or to help charitable organizations or even families. The economic blow of U.S. tribal operators is expressed in figures showing tribal gaming generates over 44% of the overall U.S. gaming revenue and 7 out of the top 10 states in terms of gaming revenues include tribal gaming.

California is the state with the most tribal-operated casinos in the United States. There are 72 gaming facilities in California that are owned by 63 of the 109 federally recognized tribes in the state, and they contribute 25% of the overall tribal gaming revenue in the country.

There are states such Iowa, Florida, Minnesota, Colorado, Kansas, New Mexico, and Louisiana, to name a few, in which you can find Commercial and Tribal casinos, since the state allows for the operation of both. States such as Arizona and California only have Tribal casinos. Asking how “Tribal casinos” differ from the commercial casinos in Nevada and other states is a natural question. In terms of gaming experience, it’s very unlikely to find many differences. A large tribal casino may offer hundreds of slot machine games, blackjack tables, roulette tables, a poker room, restaurants, and more. But ultimately, details such games allowed, technicalities and taxation, could be where the major differences come into place. 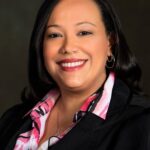 Solsiree McGowan was born and raised in the small town of La Chorrera, west of Panama City. Since childhood, she always had goals and a clear objective of becoming a successful executive, so she graduated from Industrial Engineering and decided to migrate to the United States to study and learn English. While living in New Jersey, she met her husband and began her career at Gaming Laboratories International (GLI) as a Quality Control Engineer, supporting accreditations to the company’s ISO standards.

She then transitioned to the Compliance department, and ended up managing the U.S. Western Region, which brought with it her relocation to the city of Las Vegas, where she currently resides.

In 2020, Solsiree accepted the offer to be Director of Product Compliance for the large slot manufacturer Scientific Games. Currently, she works there with an excellent team of professionals that provides services around the globe.