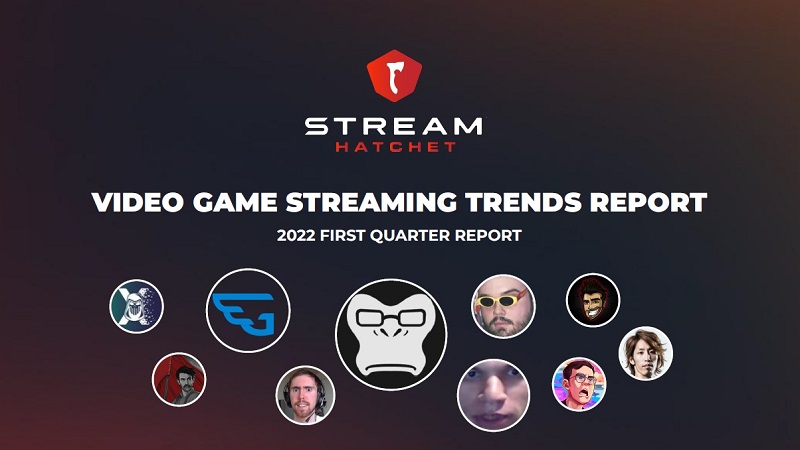 Results express that streaming growth has begun to cool down in Q1 2022. There was a 6% reduction in hours watched (versus Q1 2021), mainly due to developers’ activities: the average amount of channels broadcasting at any given moment during Q1 2022 declined by nearly 13% from the same time period in 2021. However, hours watched across Twitch were still up by 66% compared to the same period in 2020. In this sense, video game streaming viewership has sustained as a pop culture phenomenon: Q1 2022 total hours watched was up 140% in comparison with Q1 2019. Twitch continued to hold the lion’s share of the streaming market, generating nearly 3/4 of the total hours watched.

In terms of popularity, Esports keeps on rising yearly. Compared to broader market trends, Esports audiences have been less impacted by the end of the global lockdowns. Total Esports hours watched decreased by just 0.3%. From a historical perspective, Esports viewership has increased substantially from pre-pandemic levels: from Q1 2019 to Q1 2022, total Esports hours watched has grown upwards of 63%. Twitch is the definitive place to watch Esports content. It accounts for 80% of the total Q1 2022 hours watched. 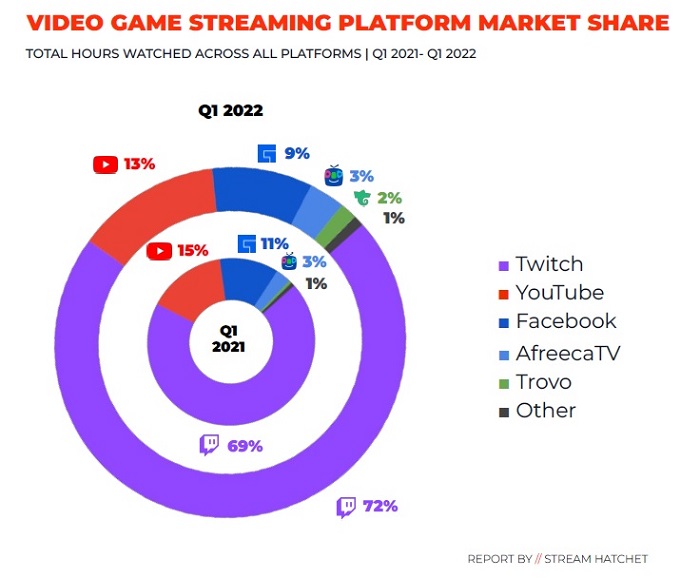 Besides, it remains challenging for new titles to reach the peaks of video game streaming. 80% of the top 10 titles have maintained a foothold on the leaderboard and the top two titles have held their positions since Q4 2020. Strong game launches from Elden Ring and Lost Ark have propelled both titles into the top 10. Lost Ark’s North American release helped it garner a total of 205 million hours watched this quarter. Elden Ring launched just one month before the end of the quarter, and was still able to place 6th in the most watched titles this quarter.

Mobile games streaming has fallen in popularity in Q1 2022; only one game, Garena Free Fire, cracked the top ten. The 2nd most watched Mobile title, PUBG Mobile, was banned in India, which may have contributed to a 48% drop in hours watched this period. 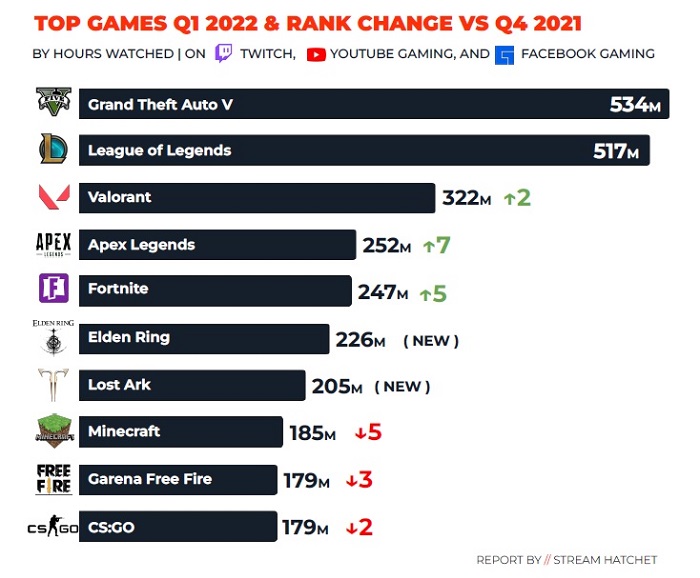 Size of audience is not always the most valuable KPI for marketing campaigns. Measuring engagement is often more crucial for marketers to understand whether their messaging is driving attention. As an example, while Core Viewers make up less than 8% of the total audience, they generated 2/3 of total hours watched on Twitch during Q1 2022. In fact, Core Viewers watch an average of 276 minutes a day, and therefore, are 24 times more likely to watch repeated advertising, sponsorship and other branded content, as they watch a significantly larger amount of Twitch content than Casual Viewers. Core Viewers are more likely to engage with content on Twitch, be it watching a particular streamer or game and even chatting directly to streamers and participants within Twitch chat. 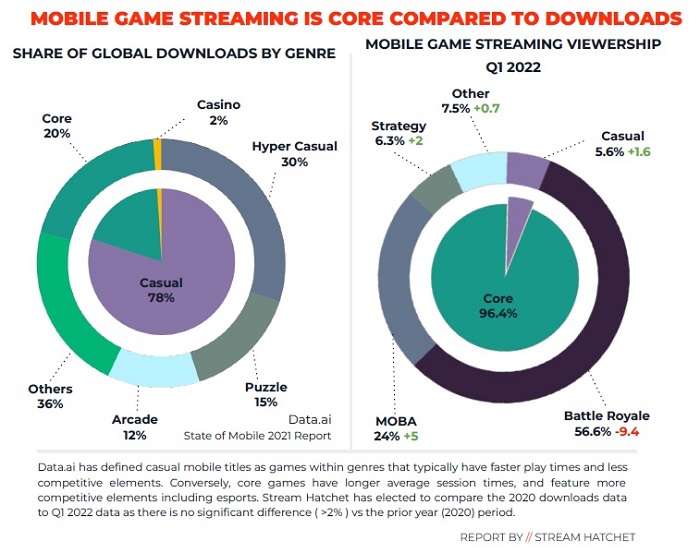 For this Q1 2022 report, Stream Hatchet found some nuances within the mobile gaming market. The company compared App Downloads obtained from the Data.ai 2022 State of Mobile Gaming Report, to its own data on live streaming viewership. In general, the playership of mobile games remains casual, while viewership skews core. Core games made up 19% of mobile game downloads; however, they generate 96% of mobile games streaming hours watched. 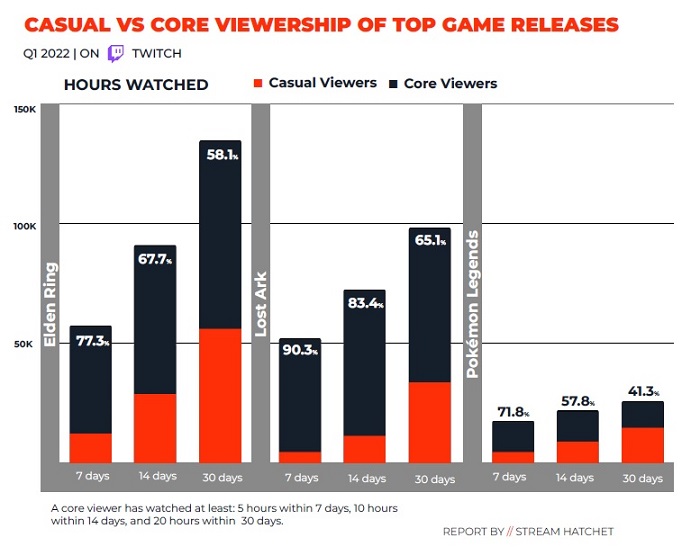 For game publishers launching new titles, it’s important to realize whether viewers are watching streams for creators, or for the game content. For the top game releases of Q1 2022, Stream Hatchet has segmented viewership into viewer cohorts to investigate hours watched by fan type during key points of the release cycle. Elden Ring and Lost Ark have captivated core viewers. Throughout the games’ release cycles, Elden Ring and Lost Ark core viewers have accounted for over half of each game’s hours watched. In contrast, Pokémon Legends: Arceus has not landed with core viewers. The average viewer of Pokémon watched less than four total hours 30 days into its release cycle.