In this exclusive interview with the Sales Manager for Southern Europe and LatAm of the renowned iGaming slots provider, she discusses the company’s plans for Brazil as the market edges towards regulation. Besides, she highlights Play’n GO as a long time mobile-first games developer, and describes the success of the firm in Portugal.
June 30, 2022
Facebook Twitter LinkedIn WhatsApp
Facebook Twitter LinkedIn WhatsApp

With what expectations is the company following the comings and goings of online gaming legislation in Brazil? What plans do you have for that market?

Obviously, Brazil is a market with huge potential for our entire industry. Regulation has been discussed for many years now, but it finally looks like solid progress is being made. We’re really excited about the possibilities when a legal framework for online gaming is in place. We’re already seeing Play’n GO content perform strongly in other regulated Latin American markets. As with these markets, there will be significant demand for world-class casino content in Brazil, and we’ll be ready to deliver the very best games to players across the territory.

Brazilians are among the most enthusiastic social media users in the world, mobile use is on the rise, and the country has a strong presence in the video game and Esports sectors. Can Play’n GO content engage this young, tech-savvy demographic?

Play’n GO has always considered itself an entertainment-focused company first and foremost. Ultimately, our games need to be fun, or people will very quickly turn off. In terms of mobile use, 80 percent of spins on our games now take place on the mobile channel. A large part of our success has been in anticipating this revolution. We were a mobile-first games developer since before the iPhone existed. We’ve understood for a long time that if these games don’t deliver a great experience on a 150cm by 70cm screen, people simply won’t play. From our perspective, we’ve seen our games perform strongly in regulated markets around the world. A number of our series are beloved globally, and we expect a great opportunity to expand this success into Brazil once it is regulated. 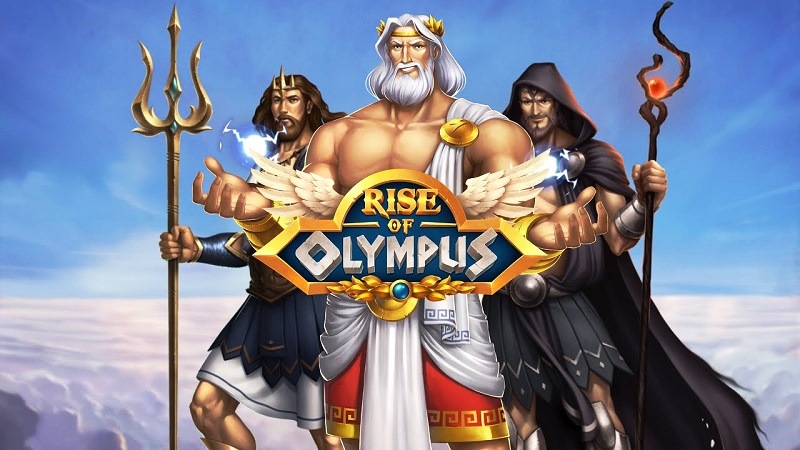 Why are Play’n GO products so popular among operators and players alike? What would you say are their main attributes?

We’re building upon almost two decades of experience creating world-class games, and we’ve found that both operators and their players appreciate content that’s created the right way. We have a rich catalogue of content that includes some of the most popular casino games around, such as our Dead series (Book of Dead, Legacy of Dead) and titles like Rise of Olympus. These games are created with entertainment front-of-mind; that’s why they stand up so well against the competition. The games are there to be both enjoyed and deliver exceptional value for money. We’re of course immensely proud of our designers, artists and creative staff. We think they are the best in the industry, and their output supports this.

The company continues to show an important presence in Europe, in countries such as Italy, Germany, Netherlands and Portugal, among many others. Portugal is one of the most successful territories for Play’n GO. What is your point of view on the evolution of the iGaming industry in this country and how can the experience of your company in Portugal be applied in another Portuguese-speaking market such as Brazil?

Portugal has been a real success story over the last couple of years. The latest figures showed that the market grew almost 25 percent year-on-year in the final quarter of 2021. At the same time, we’ve increased our own market share within the country. Our games are really resonating with players in Portugal, and we’re working closely with operators in the market to bring more Play’n GO games to players. We do expect some headwinds in the country over the coming years. Restrictions on gambling advertising look to be coming into place, and, as ever, our focus will be on ensuring players in Portugal enjoy our games responsibly. I’d also be cautious about applying too many lessons from Portugal to Brazil. Obviously, the two shares close cultural ties and a common language, but operating in a relatively mature, Western European market is always going to pose very different challenges to a newly-emerging Latin American one.

Play’n GO is an ambitious and innovative company that heavily invests in R&D. What game-changers are you working on, what challenges lie ahead for your company and how is it going to face them?

A large part of our success over the years has been because Play’n GO is at the cutting edge of innovation. We were building mobile games before smartphones hit the mainstream, we pioneered new game types such as Grid Slots, and we also worked tirelessly on less visible innovations across our back-end systems and the way we release our games. These things really separate Play’n GO from other suppliers. For us, the industry’s biggest challenge right now is around building a sustainable future. Sustainability touches every part of what we do, from creating game themes and mechanics which are appropriate and safe for players, to cutting back on carbon emissions by implementing a digital-first strategy that gives our team the flexibility to work from home. We believe Play’n GO is on the right path with our focus on regulated markets and entertainment. In this sense, we want more operators and suppliers to follow our lead; it’s in all of our interests.