Renowned video game consultancy and talent agency Digital Development Management (DDM) has published key data on the VG industry. According to this study, for investments in video gaming at a global level, Q2 2022 represented the highest volume for a second quarter at 217 investments, and third highest volume for any quarter on record over the last 13 years. It is also the third consecutive quarter where deal volume has exceeded 200 transactions. The value of the disclosed investments for the quarter at USD 4.8 billion is the third highest for a second quarter and an increase of 37% over Q1’s USD 3.5 billion. 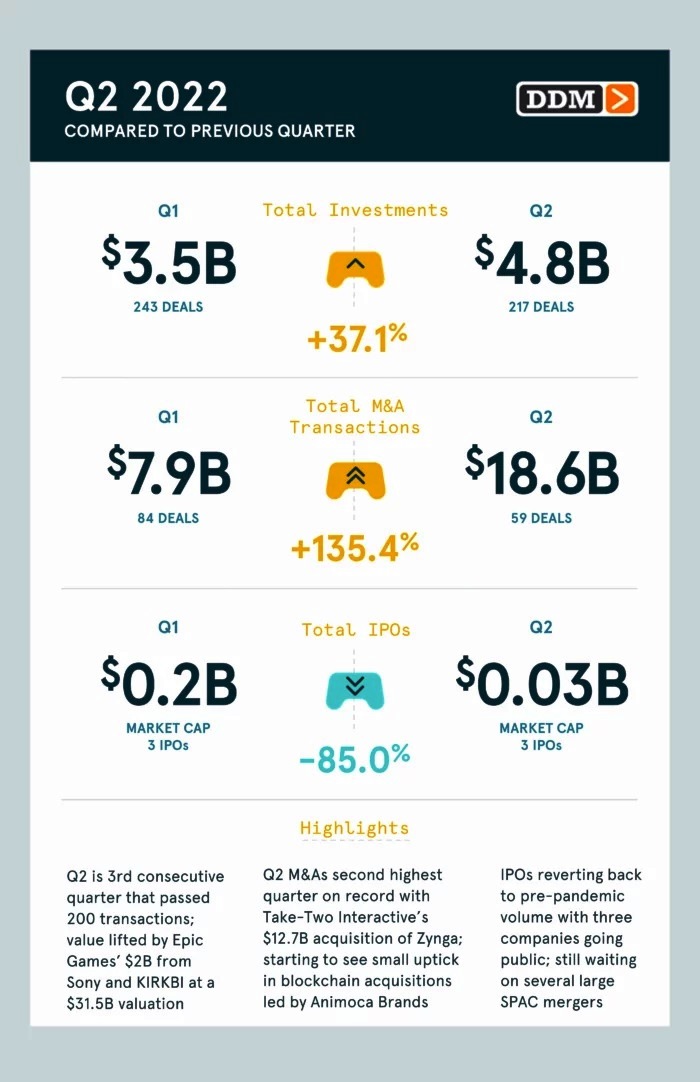 Moreover, pushed by Take-Two Interactive’s USD 12 billion acquisition of mobile giant Zynga, the 59 merger & acquisitions (M&A) totaled USD 18.6 billion in disclosed deals, more than double Q1’s M&A value of USD 7.9 billion. At three each for Q1 and Q2, the number of companies having IPOs has returned to pre-pandemic levels, while market capitalizations are significantly down as these were all smaller companies.

As a reminder, 2021 as a whole was the biggest for video games investments and consolidation: 1090 investment and M&A deals, USD 38.5 billion in investments, and USD 37.6 billion in M&A disclosed deals. In H1 2021, Roblox, AppLovin, and Playtika had major IPOs raising a combined USD 16.7 billion at USD 81.8 billion in market capitalizations. Major acquisitions of Bethesda parent ZeniMax Media by Microsoft, Glu Mobile and Codemasters by Electronic Arts, and Gearbox Software by Embracer Group were collectively worth nearly USD 12.2 billion. The current half-year is strong compared to previous half-years, and for these reasons, is positioning 2022 to be another big year for gaming investments and M&As. 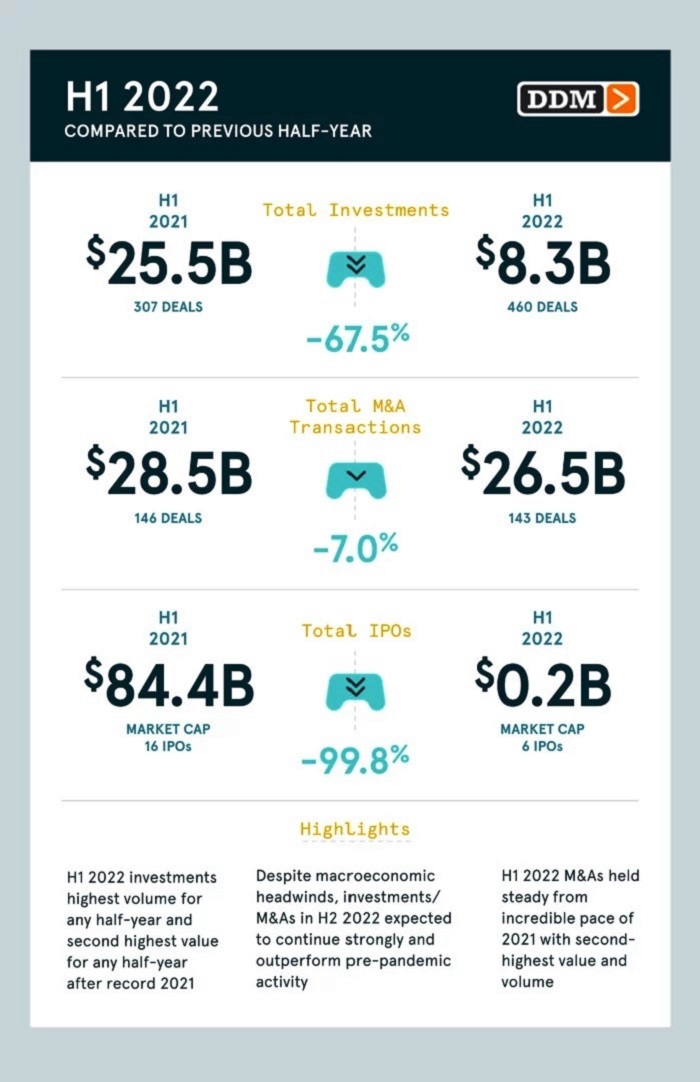 In relation to the first half of 2021, H1 2022 investments are more than halved, M&As amassed USD 26.5 billion and were down by a little more than 7%, and IPOs have collapsed. However, the volume of investments is up 33% and M&A have held steady from the incredible pace 2021 set. In fact, H1 2022 is the highest volume for investments across any half-year. At over USD 8.3 billion in investments in 460 deals, it’s the second highest half-year after H1 2021, and the second-highest value and volume for M&As behind 2021’s record-setting year.