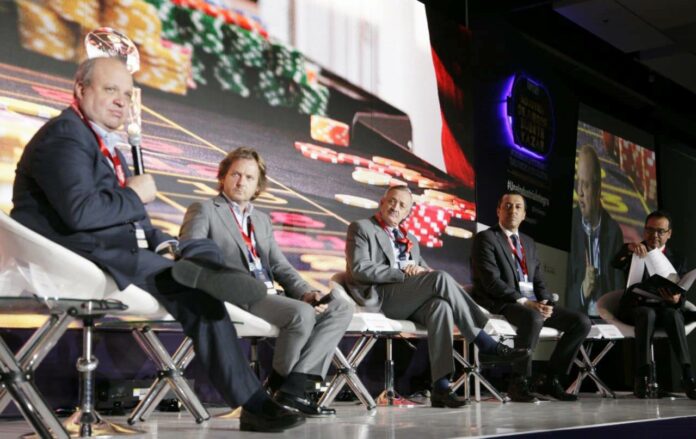 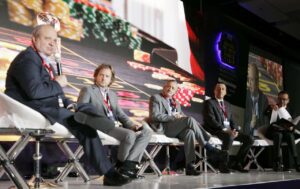 Online gaming operators in Colombia have every interest in contributing to integrity in sports. Therefore, from the unions, work is being done on concrete actions that prevent the risk of match-fixing. In that sense, from Fecoljuegos, we are leading this work in order to combat sports competitions’ fraud.

TRANSPARENCY AND INTEGRITY IN SPORTS
With the success of the regulation of online gaming in Colombia under the agreement 04 of 2016 and the growth it has had since 2017 after the first authorized gaming operator in the country, we have had bigger challenges and opportunities. In addition to the need of expanding the offer of gaming and investment in new technology and cyber security, this modality has proved the importance of being part of an integration program that ensures transparency in sports competitions and betting. Not only are sports organizations damaged by these negative practices that put sports at risk, but online gaming platforms are also impacted on their economy and reputation. For this reason, in 2019, Fecoljuegos decided to guide the initiative of gathering interested parties to advance in a cooperation agreement to define joint actions that guarantee integrity in sports.

The first step was to participate in the Integrity in Sports Seminar. Fight against Fraud, organized by the Spanish Agency of International Cooperation for Development (AECID) and the Higher Sports Council of Spain (CSD) in Santa Cruz de la Sierra, Bolivia. In this scenario, we had the possibility of knowing in detail international conventions such as Macolin, which aims to prevent, detect and fight against match-fixing, with a focus on issues such as the defense of integrity, and the fight against corruption, money laundering, fraud and bribery.

LOCAL STRATEGIES
As a second measure, we consider it very important to carry out a series of working groups between the parties involved that will allow for the advancement of coordination of actions to combat manipulation and match-fixing in sports, for which we invite the 17 online gaming operators authorized in Colombia and the regulatory entity Coljuegos to a conference by Jose Ignacio Arbea, responsible for the area of integrity of LaLiga of Spain, about the Spanish experience with the integrity model that they have been implementing. The meetings were also joined by the president of Acolfutpro, Carlos Gonzalez Puche, who announced the work that has been developed by the Association with an agreement between FIFA and INTERPOL, and the training they have done with the soccer players to detect, reject and report such situations.

With the Major Division of Colombian Soccer (DIMAYOR), we held different meetings, which resulted in the “Cooperation Agreement with the purpose of joining efforts to coordinate actions to combat the manipulation and fixing of competitions in Professional Colombian Soccer”, subscribed during Gaming Colombia 2019 event between Asojuegos, Fecoljuegos and the DIMAYOR. This agreement was signed in order to seek a public-private partnership to support the growth of both the sports and betting industry in a healthy and representative transparency. The document is mainly oriented towards three aspects: communication channels, information transfer and education.

COMMUNICATION INFORMATION AND EDUCATION
Between the parties, we agree on the obligation to prevent, discover and exchange information about actions or facts (illegal, irregular and/or suspicious bets) that lead to match-fixing. Likewise, we propose the need to present complaints to competent authorities so that the corresponding sanctions can be taken within the principles of legality, proportionality, protection of private life and personal data, and sports integrity. On awareness and education in integrity, it was established the realization and promotion of spreading the info and training campaigns with interest groups such as players, fans, referees, officials and collaborators, both sports organizations and betting companies. For its part, DIMAYOR committed to forbid interested parties in the competition from betting on sporting events.

In the same way, the document considers the imposition of sanctions and disciplinary measures that do not include criminal, civil or administrative responsibility in the event that the participation of any of the interest groups is evidenced, in situations that put in risk integrity of sports competitions in relation to bets. In this regard, the president of DIMAYOR, Jorge Enrique Velez, said that work is being carried out on sports sanctions: for mild behavior, there are sanctions of between one and six minimum wages; for the serious, of between six and twelve minimum wages, and for the very serious, of twelve minimum wages, as well as the suspension of up to five years of the player in Colombian football.

Although in the country there has not been a single known case of match-fixing through sports betting, for Fecoljuegos as a union and representative of the entrepreneurs of the gaming industry in Colombia, it is really important to contribute to transparency in sports, given that it is an ally for the gaming sector and a significant driver for the growth of online betting platforms. The goal of this type of cooperation is to ensure the reputation and trust of both sports organizations and gaming companies that boost the country’s economy.