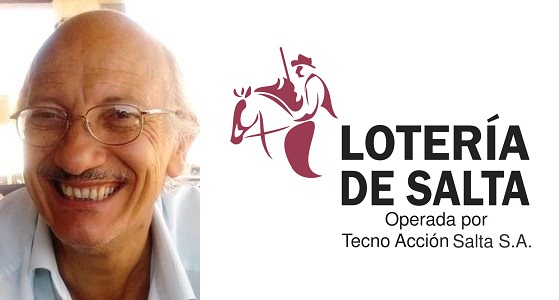 How is the gaming market structured in Salta?

Our Lottery has 240 agencies throughout the province and about 1,000 points of sale. In parallel, gaming in Salta is complemented by seven casino operators. In 2013, the governor of Salta, Juan Manuel Urtubey, decided to cancel the license of ENJASA, which was the only gambling operator in the province, granting the license of lottery games to Tecno Accion and that of gaming rooms was divided between seven operators, all with state regulation of ENREJA. In short, together with the San Luis Lottery, Salta is one of the two privatized lotteries in Argentina. In this case, as I mentioned, it has been successfully operated by Tecno Accion.

What is your balance on the situation of gaming in the province over the last year, in terms of player participation, contacts with CALTOSA and the demands of the agents?

The participation of bettors remains quite stable, although we have been suffering the vicissitudes of the general economy of the country. Even so, we launched new games, both our own and from other provinces. The crisis does not reduce the number of players, but the amounts of bets. The main demands of the lottery agents are referred to the presence of street vendors for our lottery. However, we defend this type of marketing because in some provinces it is necessary to have more options to reach players in all neighborhoods and locations. Likewise, we have a fluid relationship with the Chamber of Lottery and Tombola Agents of the Province of Salta (CALTOSA). Most of our agents have many years of experience in the activity and we have been accompanying them for almost forty years.

How do you evaluate the advancement of the tourism sector in the territory?

Since the 90’s, there was an expansion of the tourism business in our province, with investment in infrastructure and other areas to give dynamism and attract more visitors. That has transformed us into the tourism center of the Argentine Northwest (NOA) above Tucuman. The ‘Train to the Clouds’ made us known in the world and that allowed the rise of foreign tourism, which at the same time contributed to improving revenue for the local gaming industry.

Since July 2019, Salta Lottery is offering all its customers Tombo Radio, the first digital radio of any lottery in Argentina. According to Andrea Mijares, Head of Marketing of Salta Lottery: “We started live broadcasting our four daily draws (11 am, 2 pm, 5 pm and 9 pm, from Monday to Friday) throughout the province, expanding our reach in a meaningful way. We already have more than 2,800 followers of the radio. People usually listen to music and news. We have added our draws to that programming. This new means of communication gives greater transparency to our activity.”

The Tombo Radio application is available in Google and Apple stores to be downloaded on mobile phones, so the public can listen to all the draws, live and direct, regardless of where they are. Salta Lottery wants this application to also function as a channel to receive feedback from its users, since a simple click will redirect them to their social networks or to the WhatsApp of the Lottery.

Lanusse (IPLyC): “We want iGaming to go through the legal channels already available in the Province”