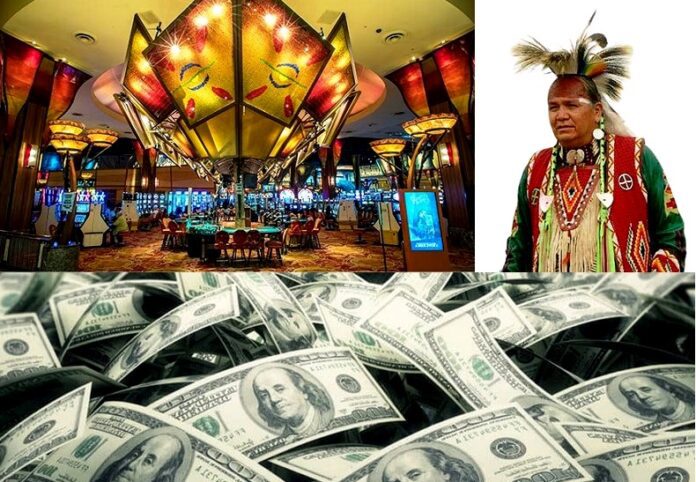 As of the end of 2019, in the United States, there were 524 Tribal casinos operating in 29 States, according to data from the National Indian Gaming Commission (NIGC), compared to 465 conventional commercial casinos in 25 States. NIGC also communicated that, in 2018, Tribal gaming operations posted record revenue of US$33.72 billion, a 4.1 percent increase over the previous year. During the years leading up to 2020, revenue from the Tribal gaming industry was similar, and in many cases improved, that of conventional casinos. In fact, the main challenge the sector was facing in the pre-COVID-19 era was the conflict with certain States (specifically, Oklahoma and Florida) over the taxes that they claimed from the Tribes, and the participation of local Governments on the huge profits that Tribal casinos were producing.

From almost any analytical perspective, the Tribal gaming sector in the United States is a clear success story. The impact of casinos on native communities throughout the country has been absolutely positive for the Indian population, both from an economic, as well as a social point of view, and its inclusion in the general development of the USA. However, this success has a long history behind of huge efforts by Native communities to have the right to establish their own casinos, with a legal gaming scope managed by the Indians themselves.

It was the early 1970s when Russell and Helen Bryan, a Chippewa Tribe couple living in a motorhome on Indian land in northern Minnesota, received a property tax bill from the local, Itasca County. The Bryans have never received a property tax bill before. Unwilling to pay it, they took the tax notice to local legal aid attorneys at Leech Lake Legal Services, who filed a lawsuit to challenge the tax in state court. The Bryans lost their case in state district court and lost again on appeal by unanimous decision of the Minnesota Supreme Court. Then, they asked for review in the Supreme Court of the United States. The Supreme Court granted the review of the case, and in a general and unanimous decision, the same Court not only said States did not have the authority to tax the natives who lived in a reservation, but they also lacked the power to regulate the activities of the natives in their reservations. This authority rested with the Federal (National) Government, since the reserves are recognized as ‘sovereign and independent entities,’ and the treaties that were signed for their creation have the rank of international treaties.

As a result of this ruling, within a few years, active native entrepreneurs and some Tribes began to establish Indian bingo businesses in various parts of the United States. Around late 1970s, under the leadership of Howard Tommie, the Seminole Tribe of Florida built a large bingo building on their reservation near Fort Lauderdale. The Tribe planned for the bingo hall to be opened six days a week, contrary to Florida State law, which only allowed two days a week opening for such rooms. In addition, that bingo exceeded the maximum daily prize limit of US$100. Thus, the Sheriff of Broward County, where the native reservation is located, made arrests on the moment the bingo hall was opened, and the Tribe sued the county, claiming that Native Tribes have sovereign rights that are protected by the Federal Government from any interference by State governments. A district court ruled in favor of the natives. With this victory for the Seminoles, a long legal battle for the establishment of large-scale Tribal gaming facilities began.

In 1988, the United States Congress passed the Indian Gaming Regulatory Act (IGRA), signed by President Ronald Reagan, which recognized tribal sovereignty to create casino-style halls, but established that States and natives should form State -tribe consortia, while the Federal Government kept the power to regulate gambling. Essentially, tribes still had an “exclusive right” to offer all kinds of games, except when States did not accept that kind or were in conflict with Federal law.

On the latter, it is worth a little clarification. IGRA created three classes or categories of games, with different regulations for each of them:

a) Class I: Class I games are defined as traditional Indian games, which can be part of tribal ceremonies and celebrations, and social games with minimal prizes. Regulatory authority over Class I gaming is exclusively executed by Tribal governments and is not subject to IGRA requirements.

b) Class II: It is the game of chance commonly known as bingo (whether or not electronic, computerized or other related technological versions are used), instant bingo and other games similar to bingo. Class II games also include unbanked card games, that is, those that are played exclusively against other players rather than against the house or against a player acting as a bank. The Act specifically excludes slot machines or electronic versions of any game of chance from the definition of Class II games. Tribes retain their authority to operate, license, and regulate Class II gaming as long as the State in which the Tribe is located generally permits such gaming, and the Tribal Government adopts a gaming ordinance approved by NIGC. Tribal Governments are responsible for regulating Class II gaming with oversight from the Commission. Only Hawaii and Utah continue to ban all types of games.

c) Class III: The definition of Class III gambling is broad. It includes all forms of games that are not Class I or II. Games commonly played in casinos, such as slot machines, blackjack, craps, and roulette, are clearly in the Class III category, as are gambling and electronic versions of any game of chance. Class III is generally referred to as ‘casino style gaming.’

After President Reagan signed the IGRA, Native gaming revenues soared from US$100 million in 1988 to US$16.7 billion in 2006. As a result of the IGRA, the National Indian Gaming Commission was established as a federal agency in 1988 to regulate high-risk native games.

THE NEED TO ADOPT ONLINE VERTICAL

Tribal gaming is not immune to the external circumstances that we are all living in. Of course, attendance to land-based casinos has dropped significantly in 2020, with the consequent economic impact. Many tribes are overly dependent on the physical casino and live players. In this way, current situation shows the need of diversification, moving to online gambling, most likely through sports betting, fantasy sports and online poker, given the strong restrictions that laws such as the Wire Act and UIGEA (the law prohibiting online gambling) enforce Class III games on the Internet. In any case, with a stable legal framework like IGRA, a multi-billion dollar industry behind it, and the effort and talent of thousands of Indian reservation workers, there is no doubt that Tribal gaming will be renewed and will offer many novelties in 2021.

*Santiago Marin is an international business consultant. For over two decades, he has worked in different aspects of business development for global firms. With proven experience in marketing, sales, and partnerships, Marin’s interests lean heavily towards how IT impacts different industries and geographies. In recent years, he had the opportunity to get involved in the gaming business in LatAm, North America, and EMEA, and overcame diverse challenges in each of these regions. Marin was born in Spain, lived in the UK for 10 years and is now based in Miami, Florida, USA.

Cybersecurity in the iGaming space

Recommendations to affiliates to boost web traffic and increase their earnings

Basic principles of retention and loyalty for online operations