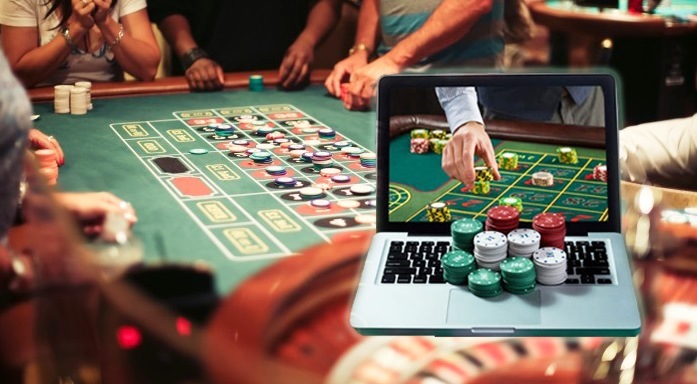 For many years, we had just seen it coming. Dozens of land-based companies had been generating robust and growing cash flows for decades. That money could have been used to build a more sustainable future and not a situation so reliant on deeply ingrained social habits that were known to be progressively changing by leaps and bounds. At the same time, there were other smarter entrepreneurs with greater initiative who saw the opportunity. In the last ten years, they have been developing business models and commercial concepts more in tune with the socio-economic changes derived by the evolution of the Internet, data science and cloud computing.

In fact, the COVID-19 crisis has not produced a single change in the way of understanding the gaming industry. It has simply accelerated a process of change that was already underway. Given the current situation, and with most of land-based operations reduced or even totally closed, your only chance may be to urgently launch an online/mobile casino. So the aim of this article is to highlight the most common mistakes that I have seen traditional companies commit when they want to develop these digital verticals. My humble contribution is for these firms to avoid management mistakes, and that the investment they make does not become an endless pit that devours all the resources land-based operators fought so much to create.

LAND-BASED EXPERIENCE DOES NOT WORK IN THE DIGITAL WORLD

The first decision to make is who will be the person or team that will manage the new line of business, and not only that, but where this sector will be physically located (whether in the same headquarters of the traditional business or in new ones) . In general, if it is decided to give responsibility to a member of the current management team of the land-based channel, so that everything is still in-house, giving them an opportunity for professional growth without altering too much the existing power structure, what can happen is that the growth curve of this new team will take a minimum of 2 years. This philosophy no longer works, since the digital world is still more competitive than the land-based one, with which that team has practically no chance of prospering. Thus, in the monthly/quarterly budget meetings, we will find some ‘smokescreens.’ Spectacular numbers of growth will be presented, indicators chosen here and there to look good in the document; great speeches will be offered in which everything will be wonderful on the next year, but, in reality, there will be a negative EBITDA, a constant outflow of resources and, ultimately, the party will be paid for the new team, who will hold on in their positions until shareholders run out of patience.  They won’t be happy to know that they had to pay out of their own pockets for these newbies’ learning.

KNOWLEDGE MUST ‘FLOW’ WITHIN YOUR COMPANY

Another issue that I consider fundamental is the transmission of knowledge between employees of the same company. In an ideal world, knowledge flows smoothly. Everyone learns and everyone improves. However, experience tells us that, when a digital casino is launched, those responsible for the new business become absolutely territorial, that is, they set up a separate bunker, do not share information, and try to position themselves as ‘the smart guys’ of the company. This attitude generates great frustration among older employees. They are the ones who have built the company and made it grow. They consider the resources of the firm are being wasted, and they also feel neglected, both at the level of distribution of future investments (the new channel takes a large amount of them, without having to respond to the usual criteria of profitability), as well as their own professional status and level of internal influence. Many even feel like second-rate employees. Additionally, those who show interest in learning are generally ignored by the members of the digital channel, who see this knowledge as the main asset to maintain their new status in the company.

ONLY ACCEPT CONSULTANTS WITH PROVEN SUCCESS IN THE SUBJECT

Although this issue is open to further and more extensive discussion, I would like to finally comment on the role that consultants play in the launch of a digital channel. In this case, my recommendation is to never give the contract to anyone who does not demonstrate real, proven and successful experience, having done that before for other land-based operators. In the context of Latin America, digital gambling channels are something relatively new, so there has not been time for the appearance of many professionals with practical experience in starting online casinos for physical companies. Logically, ‘experts’ who reproduce themselves like mushrooms will try to sell you illusions, armed with eye-catching PowerPoint slides. But they only speak by ear, and intend to take advantage on the ignorance and despair of traditional brick-and-mortar properties’ operators.

In summary, if your company is planning to launch an online casino, before you worry about technological considerations, technical provisions and regulatory matters (all of them important, of course), please, analyze who you are going to listen to, who will be in charge, and how the new business will affect your firm’s work environment. By making the right decisions on these three essential aspects, your project will have a much better chance of success.

*Francisco Vidal Caamaño is a specialist in global gaming. During a professional career in the industry that extends for 20+ years, he has held the role of director of operations in some of the main companies in the sector, such as Cirsa, Codere, Luckia, Logrand Entertainment Group and Novomatic, in different countries of Europe and the Americas.

Get your rod and line and fish opulent treasures with Polar Angler, new slot from WorldMatch

The Digital Era in gaming after the COVID-19 pandemic

Colombia knows how to adapt and innovate in times of crisis