Although many said the spectacular rise in video game consumption was a quarantine fad, the truth is that it is a trend that is here to stay. Accurate SuperData info demonstrates the steady increase in consumption, player spending and company profits, across all modalities and devices.

Never as in November 2020 had digital games make so much money, with a total of US$11.65 billion, an incredible amount. Mobile grew 9%, while PC rose 22% to reach a new revenue record, which was driven largely by the release of World of Warcraft: Shadowlands. Console earnings were up 24%, but fell slightly below the all-time record set in April 2020, due to a limited supply of PlayStation 5 and Xbox Series X/S systems. Consumers who were not able to secure a new console may have held off on buying many of the season’s biggest games until they could play on the latest hardware.

Last month’s digital video game market highlights include data about some specific games. The release of World of Warcraft: Shadowlands led to the game’s highest monthly revenue since 2008 and player numbers since 2010. Compared to the expansion after the launch of WoW: Battle for Azeroth in August 2018, earnings and user numbers were 50% and 34% higher, respectively. It is unlikely the game will sustain these high player numbers for more than one to two months. The title is now highly dependent on major expansions to drive temporary spikes in revenue and user numbers.

For its part, Call of Duty: Black Ops Cold War sold 5.7 million digital units in November, a 7% increase compared to the previous franchise record holder Black Ops 4. The ongoing success of the free-to-play Warzone mode in Call of Duty: Modern Warfare helped drive interest in the latest title. Warzone will likely continue to be the most common way gamers experience Call of Duty on PC or console in the near future. Thanks to Warzone, Modern Warfare had 2.7 times as many players as Cold War in November 2020.

While Assassin’s Creed Valhalla sold 1.7 million units, 50% more than Assassin’s Creed Odyssey at launch. The latest game benefited from a positive reception to Odyssey, from being a showpiece game for the PlayStation 5 and Xbox Series X/S and also from a last-minute delay of Cyberpunk 2077. Even though the game’s overall revenue was up 23% over Odyssey at launch, in-game revenue was down 62%. This was likely because Valhalla did not offer a paid experience booster at launch, which Odyssey was criticized for featuring. However, developer Ubisoft did add a booster into Valhalla in December.

As for Spider-Man: Miles Morales, it sold just 663.000 digital units across PlayStation 4 and 5. Sales of the Sony-published game did not compare to the launch of Marvel’s Spider-Man in September 2018 (2.2 million). However, the title was not billed as a full sequel, and sales were significantly higher than those of Uncharted: The Lost Legacy, a PlayStation exclusive of similar scope.

Finally, Among Us had roughly half a billion monthly active users in November. The title is now by far the most popular game ever in terms of monthly players. Since Among Us is not heavily monetized, earnings figures are comparatively smaller. The PC version (which has a US$5 upfront price) accounted for the majority of revenue from August to November (64%), despite having an extremely small share of the total player base (3% in November). 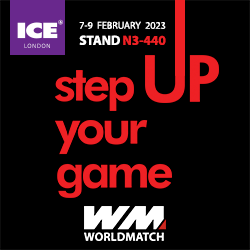