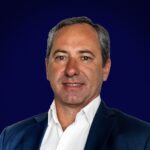 Luis Ayestaran is a renowned executive in Argentine gaming. For 5 years (2015-2020), he was the head of the Rio Negro Province Lottery. During that time, he helped positioned it as one of the best and most advanced regulators in Argentina and Latin America, with huge international consideration for its technological innovation. He led a team of professionals to implement the Intelligent Lottery Model (MLI), a system that boosted revenue by over 300%. Previously, he held other senior public positions in the Provincial Institute of Health Insurance (IPRROS), the General Directorate of Civil Registry and Identification (DIGERCIC), the General Inspection of Legal Persons of the Province of Rio Negro, the Provincial Agency for Economic Development of Rio Negro, the Federal Council of Investments and Aguas Rionegrinas S.A. In addition, he was main consultant for the Inter-American Development Bank (IDB). Ayestaran is a Certified Public Accountant with a specialty in Strategic Management, graduated from Universidad Catolica de La Plata (Argentina). Since December 2020, Ayestaran has been a founding partner of the international gaming consultancy Betpertise S.A. Likewise, he is a consultant for the Argentine State Lottery Association (ALEA) and has written and published numerous articles as an expert in the most important media of the Latin American gaming industry.

Characteristics of an Intelligent Lottery Model