Bernhard (UNLV). Inventing the future of gaming with an innovative and educational approach

Without a doubt, one of the most important executives in the gaming industry in the United States and beyond, Bo Bernhard, VP of Economic Development, University of Nevada-Las Vegas (UNLV), sat down to speak exclusively with G&M News. The result is this unmissable interview, in which he shows his enthusiasm for the new Black Fire Innovation research institute, analyzes the progress of iGaming and sports betting in North America, and highlights the dynamism and opportunities of the Latin American market.
December 9, 2021
Facebook Twitter LinkedIn WhatsApp
Facebook Twitter LinkedIn WhatsApp

After earning his Ph.D. in 2002, Dr. Bernhard was selected as the inaugural Research Director at the UNLV International Gaming Institute (IGI), and he was awarded a dual professorship in Hotel Management (UNLV College of Hospitality) and Sociology (UNLV Department of Sociology). In 2011, he started as the Executive Director at the IGI, where he now oversees all research and academic functions. Besides, he currently holds the position of VP of Economic Development, UNLV. Representing the university in these roles, Dr. Bernhard has delivered over 200 keynote addresses in clinical, regulatory, government, and policy settings. He has published in the top journals in both the business sciences and the social sciences.

Among dozens of recognitions to his work, he has been named the Philip G. Satre Chair in Gaming Studies at both, UNLV and University of Nevada, Reno. He has also received several awards: in 2007, his focus on globalization earned him the World Affairs Council’s International Educator of the Year award; in 2008, he was given the UNLV Hotel College’s Boyd Award for Research; in 2009, he achieved the Hotel College’s top teaching award and the university-wide Spanos Teaching Award; in 2010, he was named a Lincy Fellow at Brookings Mountain West; and in 2012, he was given the university-wide Barrick Scholar Award and the hotel college’s Denken Award for research. 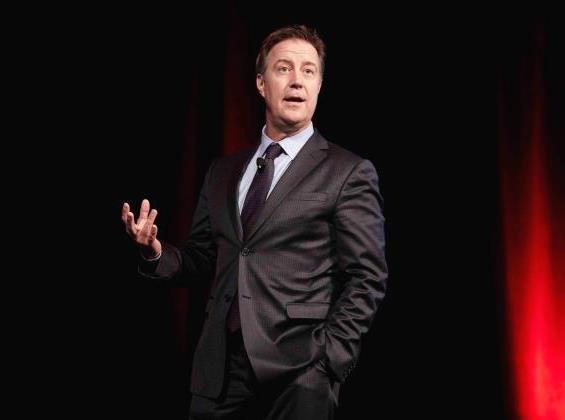 You have been working for over 24 years at the UNLV. What has been your main learning about the gaming industry, as well as your contributions during that time?

I actually started researching as a student at UNLV in 1995, and have been studying the gaming industry since 1991, when I was an undergraduate at Harvard! I would say that, when I started, there was genuine concern that the gaming industry did not need what higher education institutions had to offer. For instance, there were many leaders of major hotel-casinos who had started parking cars in the valet in high-school, skipped college, and had worked their way up (very admirably!) to the top. Given this, why would the industry need the things a university offered? Then, an interesting thing happened: competition. Gambling was legalized in more and more jurisdictions, and more and more competition ensued. As a result, companies, governments, and individuals needed to seek out knowledge as a competitive advantage. The UNLV International Gaming Institute has been here to provide that.

Since 2013, the International Gaming Institute’s Center for Gaming Innovation of the UNLV has filed more than 50 patent applications with the U.S. What does R&D, innovation and creativity mean to you?

In 2013, when I took over the leadership of the International Gaming Institute in earnest, we scanned the global industry with a simple question: there are plenty of things that the industry is doing well, but where can the unique resources present at a university contribute something new and substantial? One clear answer was innovation: universities are populated with thousands of innovators, at the student and faculty level, thinking through big problems every day, in impressive lab facilities, and trying to invent solutions. It was a natural idea. When Dr. Mark Yoseloff (a mathematics Ph.D., game inventor, and longtime gaming industry executive) came to us with the idea to create a class where the “final exam” was to invent a gambling game, it just took off. Almost immediately, we had successes, and the national news media came to document it. Not only have these courses created innovations. I would say that even more important are the people they produce: innovators, the type who think their way out of solutions, invent answers, and become much, much better leaders of the industry as a result.

Why the new Black Fire Innovation research institute is going to make history in Las Vegas and in the whole gaming sector?

Black Fire is not only a space that the gaming industry has never seen before. It represents the culmination of all of these efforts. For a long time, Caesars Entertainment was one of our innovation lab’s biggest supporters. In fact, their longtime Chief Casino Officer, Melissa Price, was an early adopter, and former Mayor (and longtime Caesars exec) Jan Jones Blackhurst saw early on the power and potential of our students. So they decided to have their R&D and innovation teams out at our new Research and Technology Park land, about 10 minutes west of the main UNLV campus, and we were off and running. What Black Fire does is intentional: it says explicitly that the objective is to help co-invent the future, and to put university resources and minds behind it. Even though we opened in the COVID-19 headwinds, and during a time when commercial real estate was said to be dying (because people learned they did not need an office and could work from home), we have since filled the first building, with 90 companies worth a total of USD 1.2 trillion. These include Fortune 500 companies, but also two-person startups trying to create a future for the industry and for their selves. 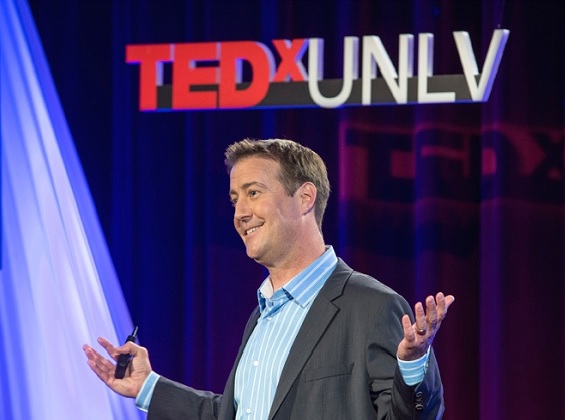 How can you analyze future convergence between land-based gaming and iGaming in the U.S., considering the incredible expansion of online gaming and sports betting in the country over the last three years?

It’s simple, really: despite massive resistance for many years, this has to be the future of gaming in the U.S. Another thing we learned during pandemic: we are all gamers now. All of us -even your grandparents, most likely- played more games, on more devices, over more time than they did before COVID-19. If it exploits its advantage, the gaming (gambling) industry can leverage its expertise in creating game experiences in new, converging, online and physical spaces. If it doesn’t, it won’t flourish. It’s that simple.

You are an executive really interested in the development of Latin America, both socially and economically. What’s your point of view regarding current state of gambling in the region, taking into account the big differences that exist between each country?

I just think back to the beginning of my career and the explosion of interest that has happened in Asia since, and I see some similar dynamics in Latin America. For instance, there are rising middle class dynamics, rising tourism dynamics, and as Latin America joins the global economy more and more, the region will seek to engage more and more. One useful question to ask: in what ways is Latin America “the next Asia”? In what ways is it not? I will say this: some of the most dynamic, creative (in part, because the markets are low-revenue and competitive), and fascinating executives I met are in Latin America. One of the things that unites Latin America generally, in my own humble opinion (I lived in Spain many years ago, and now spend much of my time in Mexico), is the social connectivity, and hence the social intelligence. Many people more eloquent than I am have opined on how special it is that Latin America has incredible social glue that is potent and inspiring. The question, of course: how does the gaming industry take advantage of those unique anthropological characteristics, and create spaces that celebrate this?

What are your personal and professional challenges for the next couple of years?

First of all: I want to spend much more time in Latin America! For personal and professional reasons: I speak Spanish, and I am marrying a Mexican citizen soon. I see tremendous opportunity to bring the kinds of things we’ve brought at the UNLV International Gaming Institute and Black Fire to all of Latin America, with love, with innovation, and with a little Latin flavor.