The Optimove team advices iGaming operators how to engage more players and increase their ROI by developing proper marketing and advertising campaigns. Key data says the FIFA World Cup games are more prestigious than the Euros, particularly the Final. Besides, the percentages of bets placed on mobile are on the rise, and this trend will continue in Qatar 2022.
September 29, 2022
Facebook Twitter LinkedIn WhatsApp
Facebook Twitter LinkedIn WhatsApp

With 51 days until the starting of the 2022 FIFA World Cup in Qatar, iGaming operators have to take advantage of the excitement this tournament produces among sports fans and bettors. Now it’s the time to capture players and provide them with a winning experience.

The much-anticipated World Cup is a competition that’s hard to match. With an estimated 5 billion people about to watch it, the most passionate fans and the world’s best players, national leagues worldwide are even halting their games during this mega event.  What does it all mean for gaming operators and their players? Here are some stats from the last World Cup in 2018.

Optimove‘s data reveals that the average bet amount per player has been on the rise throughout the world’s last two major soccer events. From the 2018 FIFA World Cup to the 2021 UEFA Euro, there has been an increase of 17% in the average bet amount on the final games and a 34% increase on all the other tournament games (groups and knockout stages.) 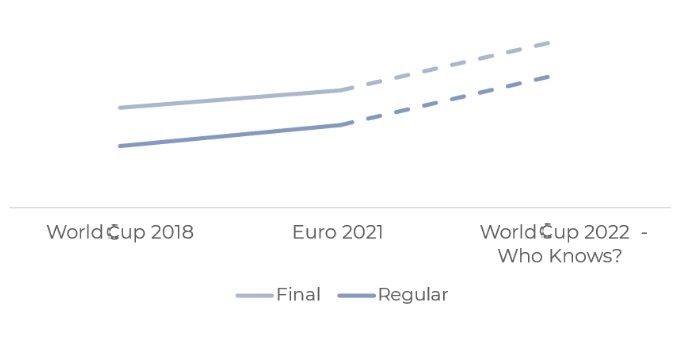 In addition, bets placed on the 2018 World Cup Final were 63% higher than any other game in the World Cup, while the 2021 UEFA Euro Final showed a 42% expansion in the average bet amount. 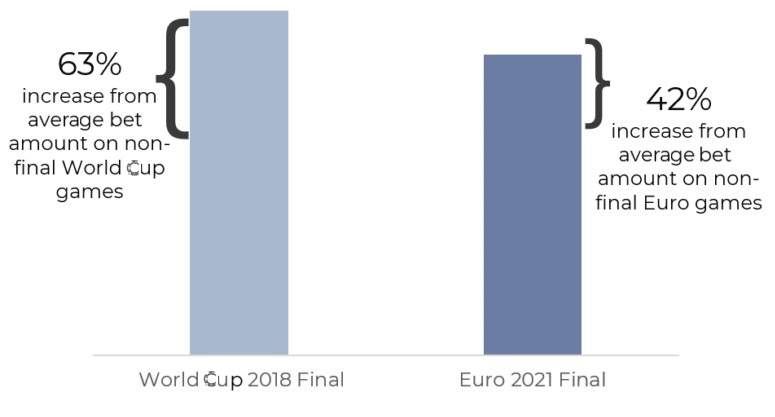 Therefore, it is clear players love betting on the World Cup, particularly on the Final! That’s why sportsbooks should take this knowledge and focus their campaigns on offering their players rewards, promos, and bonuses accordingly. 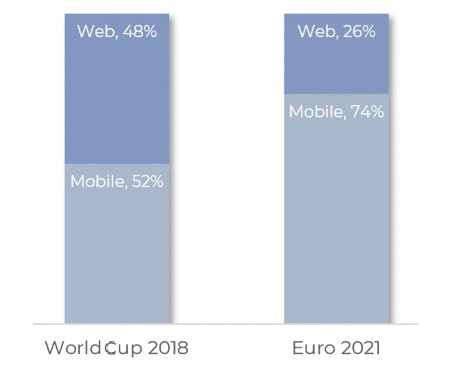 Marketers know it’s the time to put their biggest and best mobile campaigns into action. For example, companies can showcase their mobile apps, migrate their web players to mobile, and offer incentives to play on this platform. With the right game plan, they will be able to increase ROI significantly.