UK-based gaming companies employing more than 250 people were required to provide data about how much men and women earned in their positions. A total of 23 firms responded. Results show a concerning gender disparity in salaries. 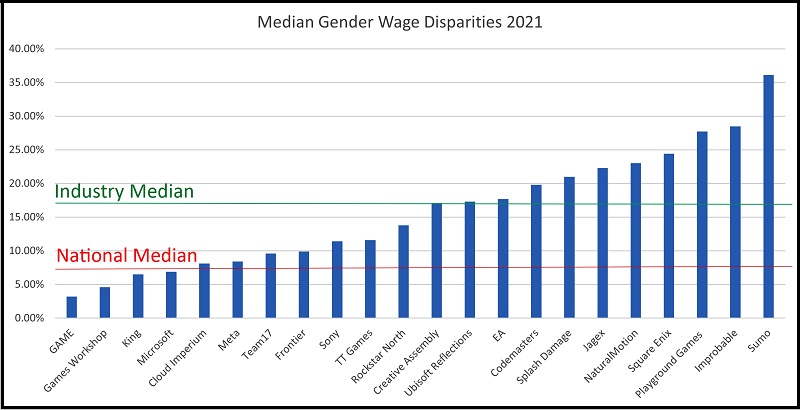 The median gender wage disparity in games was 17.1% for 2021. As a comparison, the gap among full-time employees across all professions in the UK was 7.9%, up from 7% in 2020. In fact, it did increase to 15.4% when including part-time employees. These figures do not include non-binary people employed in the UK games industry. 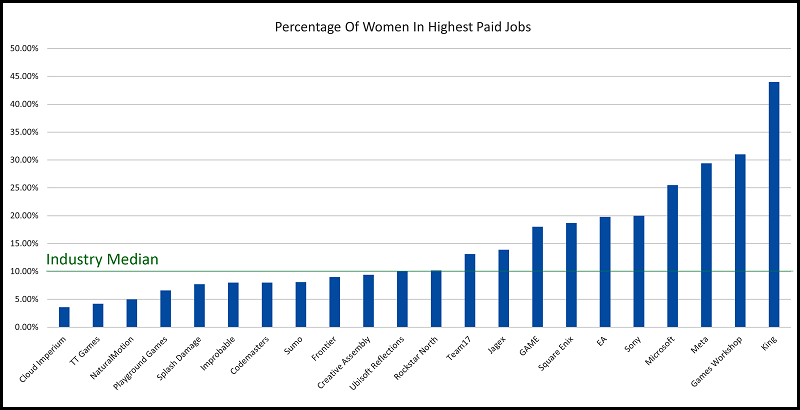 Firms such as Sumo Digital, Improbable, Playground Games, and Rockstar North revealed a large median wage gap in 2021, between 13.8% and 36.1%. However, Games Workshop reported a 4.6% gap only. GAME, Games Workshop, King and Microsoft were the only companies in games which did better than the national average. Besides, on average, women were still poorly represented in leadership roles, with only 8% of the highest paid jobs. Best companies in this indicator were King, Sony Interactive Entertainment Europe (20% of the highest paid jobs at the firm were held by women), Microsoft (25.5%), and, again, Games Workshop (31%).

It is clear that the issue of gender equality should not be a matter of contextual and time-limited debate. Continuous work is needed in all companies in the gaming industry and in society as a whole to move forward and establish a long-awaited and deserved balance.