According to a report from business intelligence firm VIXIO GamblingCompliance, Brazil, Colombia and Mexico will become the countries that will generate the most income in the sector in the coming years. They will be joined by other jurisdictions that will advance in regulatory terms, making this an appetizing region for private investment at the international level.
April 21, 2022
Facebook Twitter LinkedIn WhatsApp
Facebook Twitter LinkedIn WhatsApp

“Latin America Online Outlook 2022” is a recent study from VIXIO GamblingCompliance, a company that provides powerful intel that allows organizations to stay on top of regulatory changes. The document has an update on the regulatory status of major countries in the region. It also offers a forecast for regulated markets across the continent from 2022-26, and contains an insight of the incoming sports betting market in Brazil.

Currently, Latin America is a strategically important region for global online gambling operators and suppliers seeking out growth opportunities in newly regulated markets. Following the lead of Colombia, other territories such as Panama, Peru, Brazil, Chile, and various provinces in Argentina are implementing regulatory regimes for online gambling products, with major European-based operators either pursuing licenses or partnering with local companies. 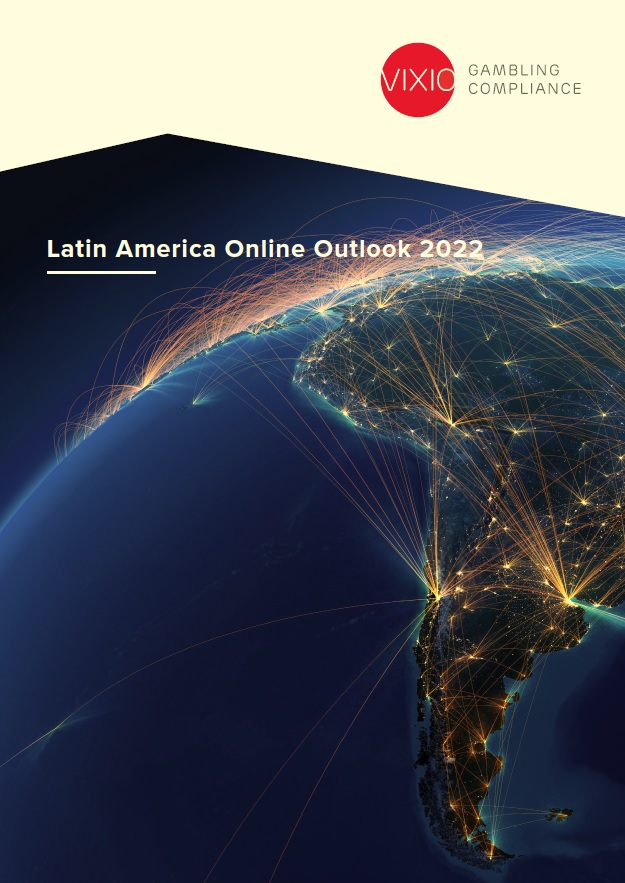 Based on legislative assumptions modeled in the newly updated Latin American Online Data Dashboard, VIXIO GamblingCompliance estimates that locally-licensed online gambling revenue across 11 Latin American countries will reach USD 4.4 billion by 2026. Around 81% of this total is expected to be driven by just three markets, with Brazilian online sports betting GGR projected to settle at around USD 1.6 billion in the market’s fourth full year of operation, and revenue in the existing Mexican and Colombian online markets forecasted to reach USD 1.16 billion and USD 806 million, respectively, by 2026. Besides, VIXIO considers that legislative proposals tabled in Chile and Peru at the start of 2022, if successful, would offer around USD 500 million to the region’s addressable market in the medium-term.

In alphabetical order, the market research group shares its outlook on the situation of each of the jurisdictions in the LatAm region, starting with South America, and then following with Central America and The Caribbean. This includes 16 territories: Argentina, Bolivia, Brazil, Chile, Colombia, Paraguay, Peru, and Uruguay; as well as Costa Rica, Dominican Republic, El Salvador, Mexico, Nicaragua, Panama, Puerto Rico and Trinidad and Tobago. 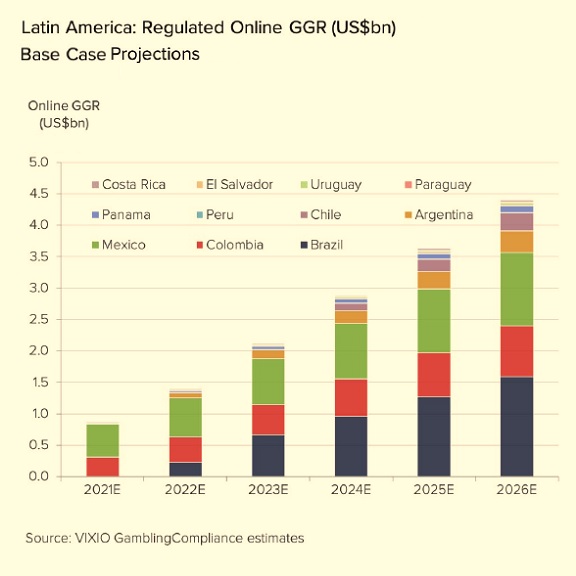 Online casino gambling is legal; however, as it is not regulated under Law 60/2011, which provides the current framework, licensing is not permitted. The gaming regulator, the Authority of Taxation and Social Control over Gaming (AJ), has stated it is studying the situation and evaluating online casino gaming regulations. The AJ has also declared there’s a need to revise the current framework to include sports betting, which is considered a prohibited activity. 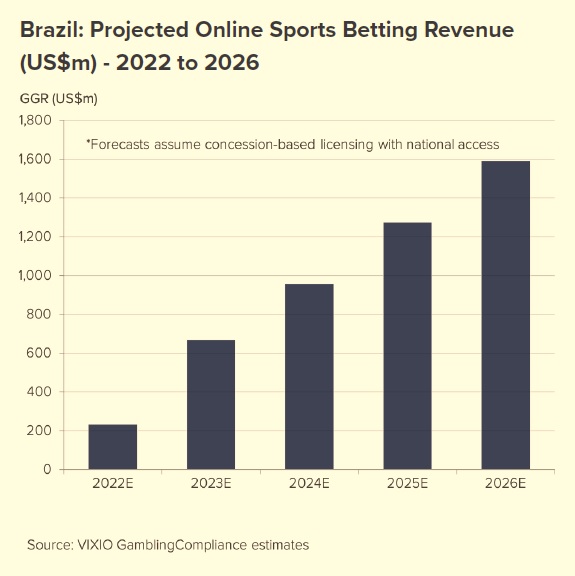 In December 2018, Law no. 13756/2018 was enacted, and legalized online fixed-odds sports betting as a permitted lottery game in Brazil, with the Ministry of Economy mandated to establish a competitive market via a licensing or concession system. Meanwhile, a landmark Supreme Court case of September 2020 struck down the Federal Government’s monopoly on lottery games, opening a new pathway for the 26 Brazilian states and the Federal District of Brasilia to legalize online lottery games, including sports betting. Populous states, such as Rio de Janeiro and São Paulo, have already moved to legalize sports wagering and will award concession contracts to help operate the games. In February 2022, the Chamber of Deputies passed Bill no. 442/1991, a gambling expansion bill that establishes a national regulatory framework for all forms of online gaming, as well as land-based casino-resorts, bingo operations and other forms of gambling under the oversight of the Ministry of Economy. The legislation now must be approved by the Senate.

Online gambling is expressly prohibited under Law 19.995. However, state lottery operators Polla Chilena and Loteria de Concepcion are permitted to offer online lottery games and sports betting. In March 2022, legislation was filed that would regulate online casino games and sports wagering through a licensing regime. The legislation follows the Colombian model of unlimited licenses, while establishing a headline tax rate of 20%. Besides, they are targeting a growing offshore market by allowing the Chilean regulatory body to block unlicensed operators, as well as related financial transactions. 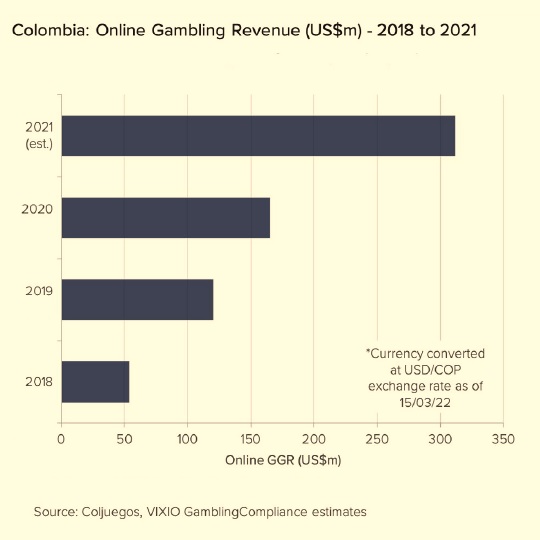 Colombia became the first country in Latin America to regulate online gambling and implement a European-style open licensing regime under Law 643/2001 and Acuerdo 4/2016. Colombia was also the first country in the region to deploy ISP-blocking of unauthorized gambling websites. To ensure a responsible and attractive market for operators and consumers, regulator Coljuegos continuously evaluates its procedures, proposing consultations on new gaming products and industry best practices. The market also has key support and participation from local gambling unions and associations, such as Fecoljuegos, Cornazar and Asojuegos. In 2022, Coljuegos approved Resolution 36784/2021, outlining responsible gambling measures that online gambling operators must adhere to. Such measures include self-exclusion plans, employee personnel training, and advertising restrictions.

Gambling is regulated under the scope of Law 1016/97, which allows for online sports wagering. Online sports betting is operated as a private monopoly. Daruma Sam SA, which operates under the Aposta.la brand, was awarded the license in February 2018. Meanwhile, permits for online casino gaming have been awarded as extensions of the licenses of incumbent land-based casino operators. In October 2021, the Paraguayan legislature began debating a draft version of a new gambling law. The legislation would centralize gambling regulation in the country and provide greater autonomy to the National Games of Chance Commission (Conajzar). The future of the bill is unknown, as it has drawn severe criticism from different interested parties.

One of the strongest, most respected gaming markets in LatAm, under current law, online gambling is considered a legal grey area in Peru. The gaming regulator, the General Directorate on Casino Games and Gaming Machines (DGCJMT), only has authority over land-based casinos and gaming halls. In March 2022, the Ministry of Foreign Commerce and Tourism (Mincetur) introduced a legislative proposal for online gambling and sports betting to the Cabinet of Ministers. If ultimately presented and then approved by Congress, the measure would require all operators to obtain a Peruvian license, have a legal representative in Peru and operate via a .pe web address.

In September 2017, Uruguay passed a law expressly prohibiting online gambling, unless operated by the country’s lottery authority, the Lotteries and Betting Directorate (DNLQ). Currently, the DNLQ offers limited iLottery games and sports betting through its Supermatch brand. The new law also enabled the DNLQ to use ISP blocking as a mechanism to block illegal gambling sites. In November 2021, the Government introduced legislation to the National Parliament that would allow public and private casinos to offer online casino games. At the time of writing, Enjoy is the only operator of a private casino in Uruguay, while the rest are owned by the Ministry of Economy and by the Municipality of Montevideo. 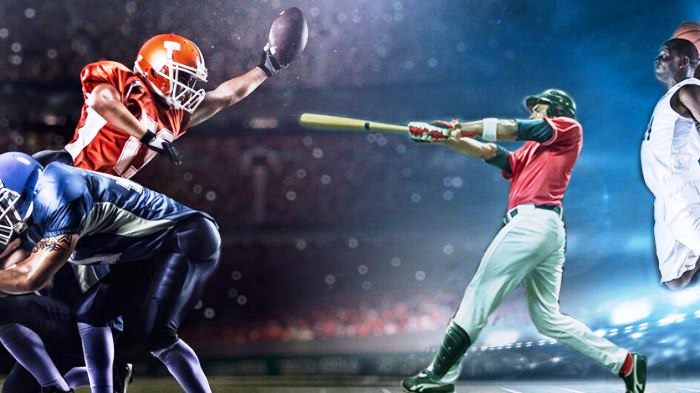 Central America and The Caribbean

In March 2021, Costa Rica’s lottery regulator, Junta de Proteccion Social (JPS), launched a public tender to receive offers for a one-year pilot program to operate online sports betting, lottery games and electronic lottery. Each of the three gaming verticals will have two operators. The JPS will retain 70% of the gross revenues and will monitor the market performance every three months to evaluate its progress. Contracts had yet to be awarded. As things stand, lawful online gambling in Costa Rica is limited to online bingo games offered via the Red Cross charitable organization.

Online gambling is regulated and local licenses are available. The National Directorate of Casinos and Games of Chance, which is part of the Dominican Ministry of Finance, regulates online gambling services, the legal framework for which is contained in Resolution 11/2013. No changes relating to online gambling have been discussed.

In December 2021, the Salvadoran Legislative Assembly approved a new national lottery law, replacing the previous version of the legislation, which dates back to 1960. The legislation authorizes and regulates online casino games, lottery and sports betting via the Loteria Nacional de Beneficencia (LNB). According to the bill, although the lottery will continue to have exclusivity over online gambling offerings, it will have the ability to partner with third-party operators.

Mexico’s gambling regime is regulated by the Federal Gaming and Raffles Law from 1947 and by a 2004 decree. Although there are no specific regulations, interpretations of the legal framework permit licensed land-based casinos to operate online casino gaming and sports betting, including via partners operating websites under their licenses. Legislation for a new legal framework remains stalled in the National Congress since 2014. Still, the ruling political party has stated its intention to introduce new legislation, while the regulator, SEGOB, held a series of roundtable discussions in March 2021 on what a new legal framework should incorporate.

Online gambling is legal, but there are no implementing regulations to license the activity. The Ministry of Finance and Public Credit is tasked with regulating under Law 766/2011. No regulatory changes have been announced.

Online gambling is regulated under Resolution No. 11/2020. Companies may offer sports betting and casino games to players both in and outside of the country. Betting on horse races and lottery games remains prohibited. The resolution requires operators to maintain offices and call centers in Panama, although servers may be located outside of the country.

Online sports wagering is regulated by the Puerto Rico Gaming Commission under Law 81/2019. Permanent online sports betting regulations became effective in January 2022. In February 2022, BetMGM, in partnership with Casino Del Mar, launched the first retail sportsbook in Puerto Rico, with a mobile offering to follow at a future date. The Gaming Commission hopes to expand the number of operators in 2022, as regulations allow for an unlimited number of licenses.

Gambling in Trinidad and Tobago was generally prohibited by the Gambling and Betting Act of 1963 (GBA). However, vague provisions of the act have been interpreted widely, allowing casino-style gambling operations to proliferate in the form of private members’ clubs. In June 2021, the Gambling (Gaming and Betting) Control Bill 2021 was introduced in the Senate and was passed by both the House of Representatives and Senate. The bill aims to establish the Gambling (Gaming and Betting) Control Commission to regulate the gaming and betting sectors. The legislation would make it an offence for online gambling to be offered in international jurisdictions via equipment hosted in Trinidad and Tobago. In March 2022, the Minister of Finance announced the appointed members of the newly created Board of the Gambling Control Commission.