The multiplatform that creates original gaming content continues to grow thanks to companies and executives in the sector. For this reason, they are all invited to celebrate a new anniversary at the G&M News Mercosur Summit, on August 31st and September 1st at City Center Iguazu in Puerto Iguazu, Misiones (Argentina). Organizers have announced interactive talks between panelists and attendees, with a focus on learning, sharing experiences, networking and enjoying tourism activities. Registrations are still open.
July 28, 2022
Facebook Twitter LinkedIn WhatsApp
Facebook Twitter LinkedIn WhatsApp

New sections, new projects, new partners. Gaming and Media News continues to develop ideas and proposals for the progress of the gaming sector. Launched in July 2019, the multiplatform (websites in three languages, newsletters, social networks) has been able to make the difference with innovative content, always with a positive and constructive approach to the industry in Latin America and the Caribbean, the United States, Canada and Europe.

Now, three years after the start, the company is preparing for the celebration with its G&M News Mercosur Summit event. This exclusive meeting, with limited capacity, for C-Level land-based gaming and iGaming executives from all over Latin America, will take place on August 31st and September 1st at City Center Iguazu (Puerto Iguazu, Misiones, Argentina). Recommended accommodation is the Iguazu Grand Hotel. Reservations -with discounts- can be made here. 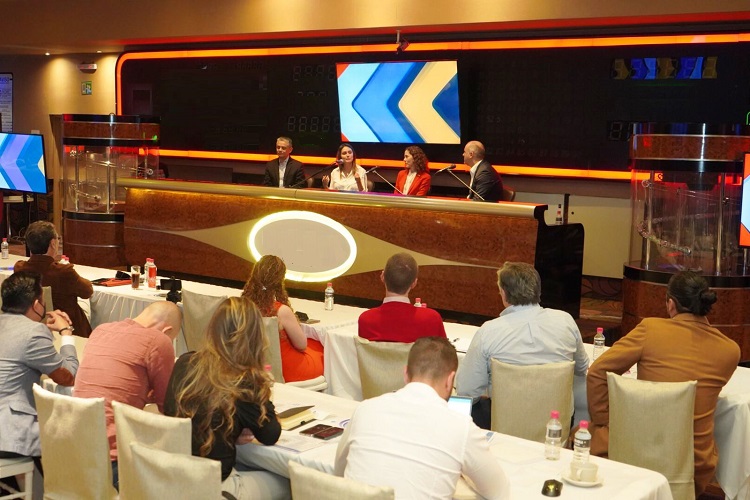 Operators can register for free attendance. For their part, suppliers will have a unique opportunity to show their products and solutions directly to these operators, in a relaxed atmosphere which favors exchange of ideas and networking, with enough time and space to close deals in person. They can join as Gold, Silver and Bronze Sponsors, with different benefits. To have more details about it and confirm their participation, they can contact Sebastian Luna at sebastian@g-mnews.com. Several companies have already ratified their support for the event, such as Pragmatic Play, Kambi, EvenBet, Instalros, Ark One Studios and DataFactory, among others. 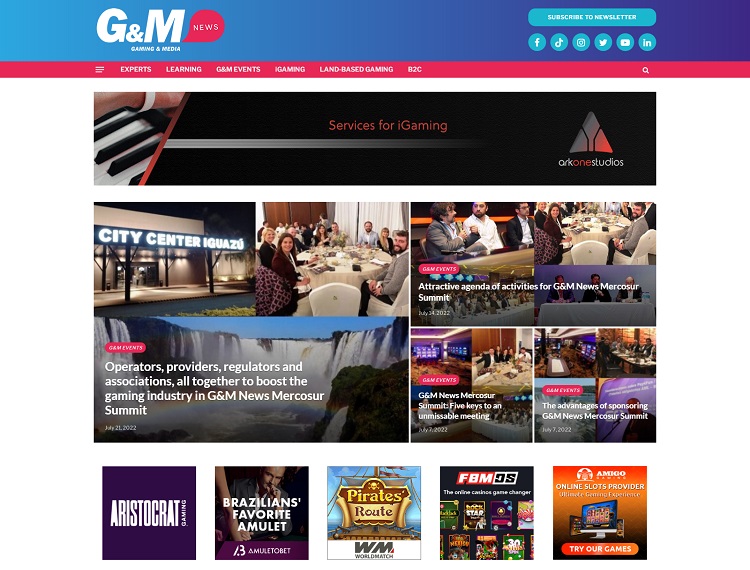 GROWING TOGETHER WITH THE SECTOR

After its shocking appearance in 2019, during the pandemic, the multiplatform was able to produce attractive audiovisual material for its ‘G&M Learning’ program, with acclaimed ‘G&M Webinar Series’ (panels of experts in Spanish and English discussing topics of interest to industry) and ‘G&M 1on1’ cycles (personal and professional interviews ​​with global gaming leaders, in both languages). Then, a tireless work of generating exclusive articles continued, with in-depth interviews, market reports and coverage of the main gaming events. Over time, G&M News became the only media in the global gaming industry to simultaneously create and offer original content in three languages: Spanish, English and Portuguese.

The main concept of G&M News has always been to distribute attention between those who provide a service and those who consume it. That’s why the inclusion of interesting articles for the B2B and B2C segments, also understanding the importance of verticals such as Esports, virtual reality, poker, fantasy sports, video games and the metaverse. To this was added the decision to teach and promote in LatAm about the affiliate programs established by different firms. For this reason, a few months ago, the company launched the exclusive UBETON affiliate site for all Latin America.

Regarding sections, different and original spaces were defined, such as ‘Experts of the Industry’, ‘Women of the Sector’, ‘Executive Hobby’ and ‘Five Marketing Keys.’ G&M News has also collaborated in the creation and dissemination of AFEM, the only current entity that unites female gaming executives in Latin America. Strong work on social networks was also highlighted, understanding them as a fundamental tool for segmenting content and reaching different audiences. Hence its significant presence on YouTube, Instagram, Facebook and Twitter, as well as on LinkedIn, the network most consulted by members of the industry, where G&M News has been a leader by far among all gaming media in Ibero-America for years, with over 7,100 followers. 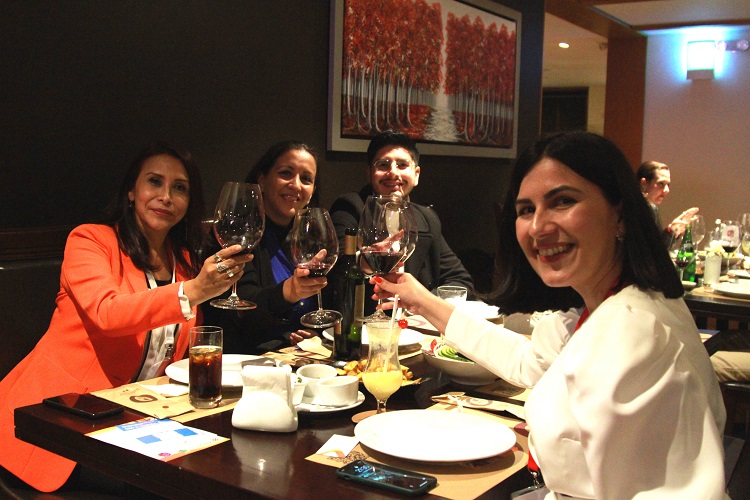 Of course, none of this would have been possible without the support of everyone in the gaming industry. On the one hand, G&M News strengthened a series of alliances with key gaming entities, organizations and associations: CIBELAE (Rodrigo Cigliutti and team); ALEA, Argentina (Mario Trucco, Silvio Vivas, Ofelia Maiztegui and team); Mendoza Provincial Gaming Institute, Argentina (Ida Lopez and team); Coljuegos (Cesar Augusto Valencia Galiano and team); Fecoljuegos (Evert Montero and team), and Cornazar (Elizabeth Maya Cano and team), all of this from Colombia; AIEJA from Mexico (Miguel Angel Ochoa Sanchez and team), APEJA from Peru (Constante Traverso) and several other groups. Besides, there have been agreements with the main international event organizers, such as the SiGMA Group (Eman Pulis, Sophie Crouzet and team), Clarion Gaming (Alex Pratt, Stuart Hunter, Liliana Costa, Chris Jones and team) and RX (Korbi Carrison and team), among others.

With more energy than ever, clear goals and new projects, G&M News will continue to work towards the evolution of the gaming sector, spreading both internally and externally the values of responsible gaming, sustainability, diversity, equality and inclusion in gaming in Latin America and the world.