On the 223rd hand of the final table of this live tournament, he finished off his unrelenting heads-up opponent George Holmes. Now, he sits atop the poker mountain until July 2022, joining an exclusive club with last year’s champion, Damian Salas (Argentina), as well as legends of the game such as Phil Hellmuth, Doyle Brunson, Stu Ungar, and Johnny Chan.
November 18, 2021
Facebook Twitter LinkedIn WhatsApp
Facebook Twitter LinkedIn WhatsApp

During twelve intense days, the Rio All-Suite Hotel & Casino in Las Vegas (USA) was again the chosen room for the 52nd WSOP World Champion. Overcoming 6,650 players from all the planet that took part at this USD 10,000 No-Limit Hold’em competition, Koray Aldemir (31 years old, from Germany) was officially crowned the Poker World Champion. He obtained USD 8 million in prize winnings and took home the highly coveted Main Event bracelet, a 10k yellow and white gold bracelet encrusted with 2,230 rubies, and white and black diamonds. 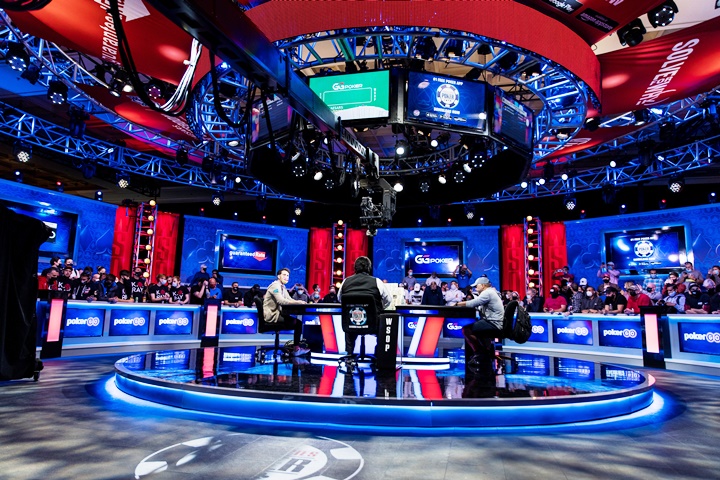 Yesterday, when the Final table started, there were three players, with George Holmes (USA) and Jack Oliver (UK) sitting close to Aldemir. Oliver busted first, leaving Holmes and Aldemir to go head-to-head into the evening. After just over six and a half hours of trading hands, the energy burst throughout the room, as the intense face-off culminated in Aldemir claiming the 2021 World Series of Poker World Championship title on hand 223. The final hand started with Aldemir calling Holmes’ 6,000,000, and ended with Holmes all in for 133,000,000, with Aldemir winning with a two-pair of 10s and 7s, besting Holmes’ pair of Kings. 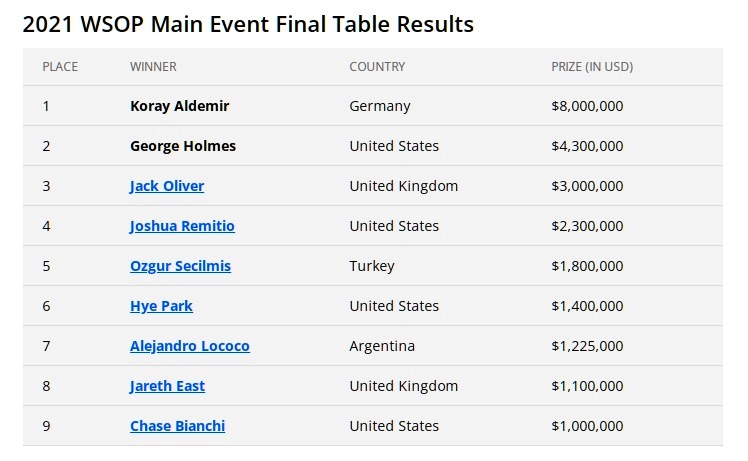 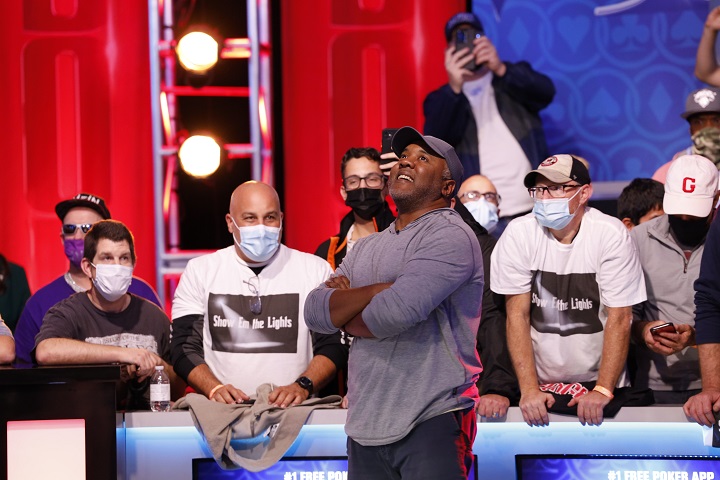 “It’s the one tournament family and friends know of basically. It does mean a lot to me to win it. I can say it feels great. It’s the biggest final table in the world, so it’s a dream come true. Probably, every poker player thinks about this moment when they watch, believing ‘maybe I could be there one day’,” confessed Aldemir. 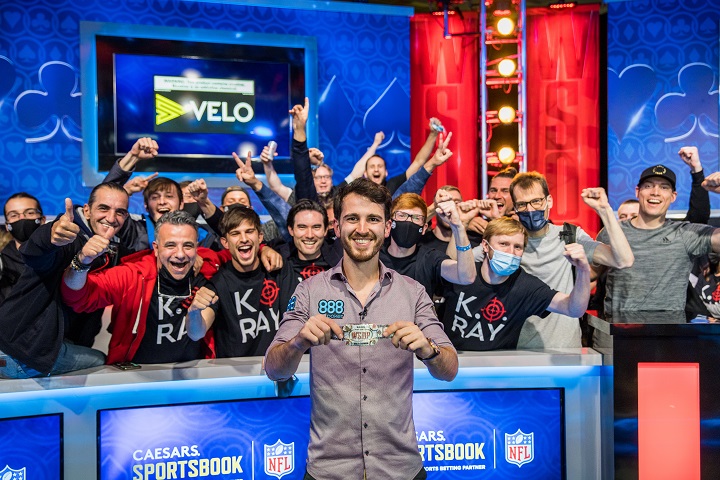 The 53rd annual WSOP tournament will be held for the first time at the heart of the famed Las Vegas Strip inside Caesars Entertainment’s Bally’s and Paris Las Vegas Hotel & Casino, between May 31st and July 19th, 2022. Following a successful 17-year run at the Rio All-Suite Hotel & Casino, the WSOP continues its tradition as the largest, richest, and most prestigious gaming event in the world at an all-new location.