Due to the COVID-19 pandemic, more and more users started to install mobile games and make in-app purchases. In the post-pandemic era, it has been a habit for most people to entertain themselves by playing games and spending money in them. In the Middle East gaming industry, Israeli companies are keen to combine social and gaming. To take deep dive into this scenario, SocialPeta, one of the world’s leading advertising and marketing platform, publicly launched 2022 The Israeli Mobile Game Market Report in partnership with GameIS, Israel’s Game Developers Association. 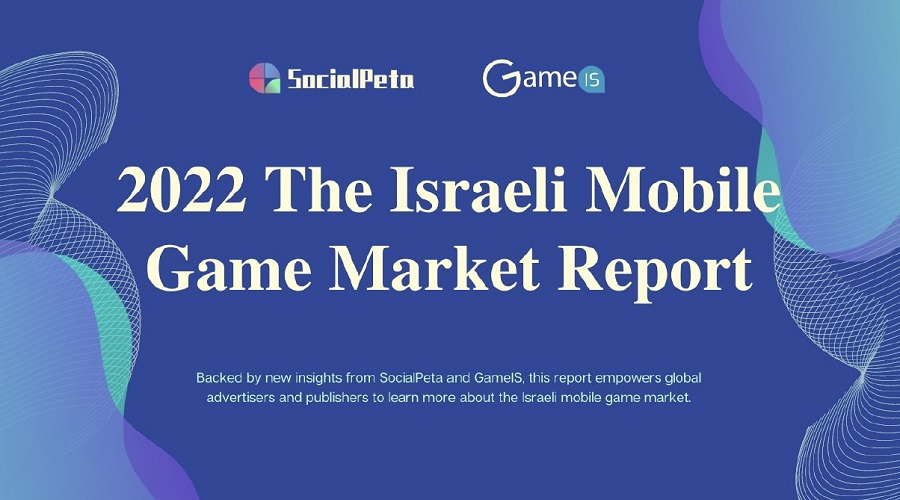 Currently, the Israeli gaming market generates USD 9 billion in revenue, with mobile being the most popular platform in the country. Social and casual gaming are the leading investment category. These genres enjoy a competitive edge in Israel, thanks to the considerable data analytics industries and expertise in the country. In fact, 74% of the workers in the country’s mobile gaming sector specialize in the genres as a result.

China is identified as the largest market for Israeli titles, responsible for 15% of downloads. This is followed by Israel itself at 14% and Russia, at 12%. Action and strategy titles are the country’s top revenue generators on both the App Store and Google Play. However, while action games are more popular on the App Store, generating 17% of the total revenue, strategy titles take the lead on Google Play, with 9.78% of revenue. 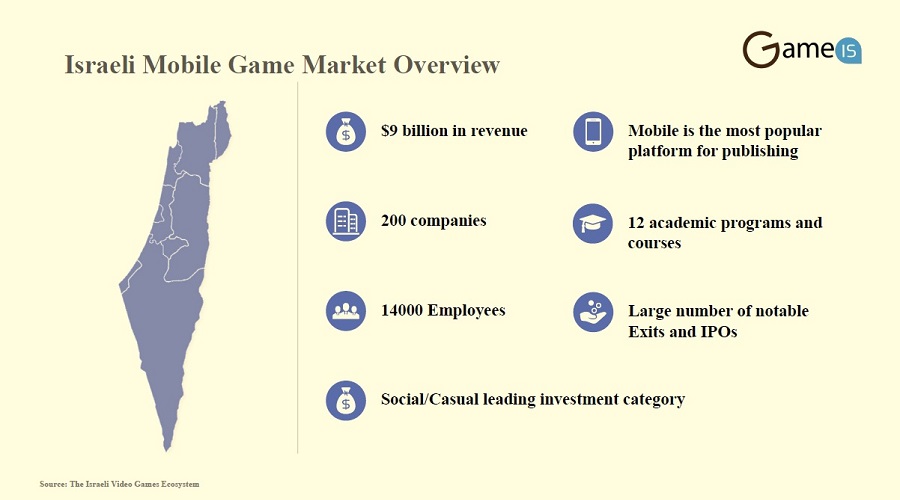 A DYNAMIC AND CREATIVE SECTOR

The Israeli industry is a relative newcomer to the global video games scene, but has reached significant accomplishments within a short period. It has grown from a nascent industry in the early 2000s to one that has produced success stories on a global scale. In only five years (2016-2021), there has been an impressive average yearly growth of 54%, with revenues increasing by about 760%. Moreover, the Israeli video games industry is a flourishing market with great potential, including 190 companies with around 14,000 employees.

However, this sector is facing significant challenges as it struggles to maximize its potential with a lack of funding and a shortage of human resources. As startups thrive in Israel, they are not enough investors to comprehend and evaluate the industry’s full potential and not enough educational programs to create the much-needed human resources.

The most produced genre in Israel in 2021 was casual/hyper-casual games, followed by role-playing and simulation games. About 74% of people work on social/casual game development, followed by about 15% for core games. 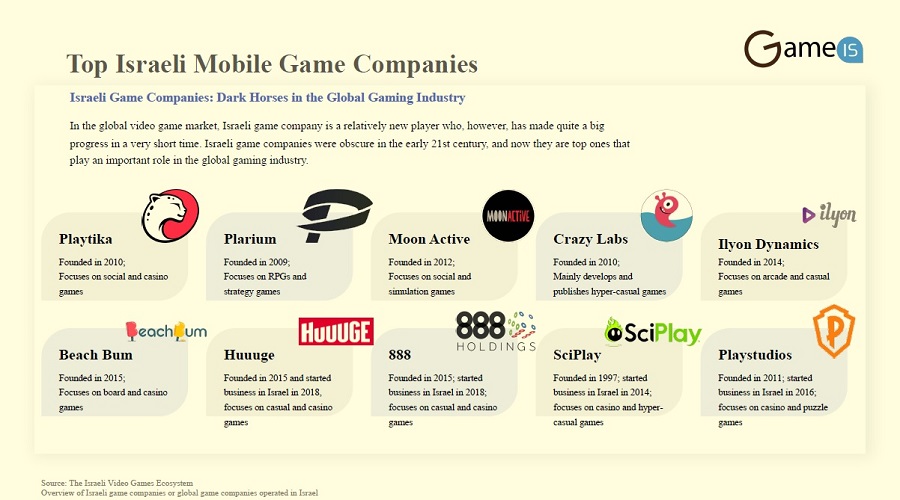 Coin Master, developed by Moon Active, is a milestone for the casual gaming sector, with a lifespan of more than 11 years and generating USD 1.3 billion in global player spending in 2021. As one of the fastest developing game companies in the world, Moon Active had received totally over 100 million downloads of its mobile games in over 136 countries across the world. On the last year, revenues of Moon Active have been over USD 1.65 billion.

On the hyper-casual and social gaming circuit, Israel is also home to global players like Crazy Labs and Playtika. There’s also Plarium Global, an Israeli gaming company founded in 2009 that is one of the most successful studios in the video game industry, with 380 million gamers worldwide and more than 20 games released. They range from role-playing games in the Vikings: War of Clans and Stormfall series to casual games such as Lost Island: Blast Adventure. The most famous product of the company is RAID: Shadow Legends. Released in 2019, the game quickly occupied the RPG market in Europe and the United States. It has been downloaded more than 60 million times and grossed around USD 1 billion, thanks to its effective advertising strategy.